Born in Lexington, Kentucky on May 6, 1961, George Timothy Clooney is the son of beauty queen Nina Warren and TV newscaster Nick Clooney, and nephew of singer/actress Rosemary Clooney. He was a promising enough baseball player in high school to be invited to a tryout by the Cincinnati Reds’ organization.

He failed to make it to the pros, and attended college briefly, but only found his true calling after dropping out and heading for Hollywood where’s he’s enjoyed a storybook career. The icing on the cake arrived last year when he landed an overdue Oscar for his performance in Syriana.

Once dubbed The Sexiest Man Alive by People Magazine, here, the ever eligible bachelor talks about reprising his roles as Danny Ocean. 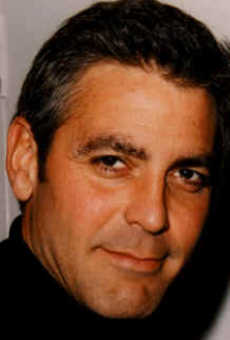 KW: Who do you credit for reassembling this all-star cast with so many matinee idols for a third go at it?

GC: Jerry is the heart and soul of it, period. This, particularly, is a Jerry Weintraub production. And that’s the fun of it. He understands how to do it. You have to remember, you gotta get all these guys together. That doesn’t mean that they don’t want to be together, but it’s very hard to pull schedules together. It’s really hard, because everybody’s got gigs. So, to find one period of time when everybody can come together and do the job is tricky, and only Jerry can do it.

GC: We’re back in Vegas for the setting, and I think what we like about it is that there’s a really good reason for everybody to come back together which is that Reuben [played by Elliott Gould] gets hurt by somebody. And so this is a movie about revenge, which I like a lot. We always like revenge films. So, it’s about getting even with somebody, not about getting rich. 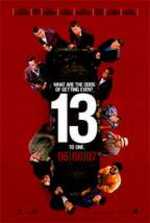 KW: How did you enjoy the addition of Al Pacino to the cast?

GC: Al’s such a great foil. He’s one guy you really want to get. And you enjoy it when he gets it, when he plays a bad guy. So, he makes it really fun, and makes this Vegas background really move and hum.

KW: You also added a femme fatale in Ellen Barkin.

GC: Ellen is Al’s right hand man, see, and sort of gets sort of swept up by Matt Damon’s love aura, which you understand when you spend time around him. He’s got it. He’s got that thing. And so we use Matt as a sex kitten in this one to sort of attract her away, so we can steal some diamonds.

KW: How does a director balance the needs of so many stars?

GC: Usually when you do these kind of films, as you do them, you always have those automatic moments where you go, “Oh, in comes this” and then it screws everything up. And you know it, when it comes in the film. But Steven’s [director Steven Soderbergh] theory was that these guys can handle anything, even when you don’t think they can, they can.

KW: Was it sad to say goodbye to all your fellow cast members on the set at the end of filming? Or are you going to do an Ocean’s 14?

GC: The funniest thing about movies is you’re very excited to start ’em, you really like doing ’em, and you’re also really happy when you’re finished, because you sort of need to like move on at some point. So, it wasn’t hard when we wrapped it, but it’s always a drag when you’re, you know, this is a great group of guys, and we felt as if this probably was it for it. And we sort of knew that as we were doing it.

KW: This film franchise is set in casinos. Do you like to gamble in your spare time?

GC: I’m not a big poker player. I’m not a big gambler. I gamble in other ways in Vegas. [Chuckles] I love casinos. I’ll go in and play a little bit for a minute, but then I get sort of worn out on it.

KW: Then, what do you do to relax?

GC: I’ve been working non-stop. I recently wrapped a film in North Carolina [Letterheads] that I wrote, directed and acted in. so, I’m pretty whipped.

GC: Thank you very much.