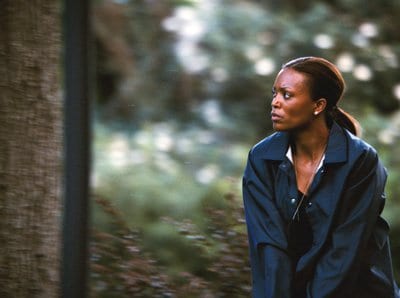 Born in San Francisco on September 18, 1970, Aisha Tyler was raised from the age of ten by her father, Jim, a photographer, following his divorce from her mother, Robin Gregory, a school teacher. Exhibiting an interest in comedy at an early age, Aisha studied acting at School of the Arts High School and also took improv classes on the side.

The brainy, statuesque beauty attended Dartmouth College where she majored in political science while minoring in environmental policy. Soon after graduating, she married her college sweetheart, Jeff Tietjens, before moving back to the Bay Area.

In 1996, the couple settled in Los Angeles so Aisha could take a shot at showbiz, starting with her making the rounds of the comedy circuit while waiting for her big break. That moment arrived half a decade later when the witty, wide-eyed wonder wowed audiences as the host of both E Television’s Talk Soup and the syndicated reality series the Fifth Wheel.

She then caught a lot of attention on the big screen playing Mother Nature in The Santa Clause 2 in 2002, the same year she first made Maxim Magazine’s Hot 100 List. By 2003, Aisha had parlayed that success as an actress into the role of Charlie Weaver, the only regular black ever on NBC-TV’s Friends.

Since the series ended, the multi-talented Tyler has been busier than ever, doing everything from doing another Santa Clause sequel to making guest appearances on Nip/Tuck, Boston Legal, CSI: Miami and 24 to filling in for film critic Roger Ebert to writing Swerve, a how-to book for girls, to becoming a columnist for Jane and Glamour Magazines to playing on the World Poker Tour to posing for a nude layout in Allure Magazine (http://img167.imagevenue.com/img.php?image=03521_Allure_Mai_2006_AishaTyler_122_372lo.jpg) to shooting a pilot for her very own sitcom.

Aisha’s services are so in demand, in fact, she just had two movies released on the same weekend, The Balls of Fury and Death Sentence. The former is a martial arts spoof where she plays the henchwoman of a maniacal madman. And the latter is a revenge flick reminiscent of Death Wish where she portrays a detective investigating a case of vigilante justice. Here, she takes some time out from her hectic schedule to talk about both of her new offerings.

KW: Thanks for the time. How’s it going, Aisha?

KW: Did you work with real cops in preparation to play Detective Wallis in Death Sentence?

KW: Did you see anything interesting?

AT: There was a huge bank robbery with gunfire exchange, and they broke the suspects in a matter of about 45 minutes with their CIA interrogation techniques.

That was incredible. But the thing that you learn when you spend time with police officers is that they’re just regular people. They’ve got families and a lot of the same emotional responses that we do, but they see terrible things every day. So, I really wanted this character to be conflicted, because she really feels for what Nicky [Kevin Bacon’s character] was going through, since he’d lost a family member incredibly violently. Yet, at the same time, she’s sworn to uphold the law, and that push and pull between what she feels is right and what she knows is right is the same conflict that I think the audience is feeling when they’re watching the movie. They understand his impulse, but it’s clearly wrong, and it’s going very badly. So, I really wanted her to be a real person. There’s all this violence kind of swirling around her, and she’s sort of the moral core of the story.

KW: This film is based on a novel by Brian Garfield, who was also the author of Death Wish. How is this picture different?

AT: Even though this movie is by the same guy who wrote Death Wish and asks “What would you do to protect people you love?” it’s really more sophisticated and a polemic against violence, not a traditional revenge movie. This is a movie about the notion that an eye for an eye” leaves the whole world blind. Yes it’s a hyper-violent, thrill ride, but it also contains some rather interesting concepts at the center, which is that violence is not the answer. So, although it feels like this crazy revenge movie, it’s really like a thinking-man’s Death Wish, because there are real consequences for this character, and the choices that he makes lead to some really dire results.

KW: Do you still worry that some people might not see Death Sentence as anything deeper than a violent revenge flick offering a roller coaster ride with a lot of spectacular stunts?

AT: I think that you can take it any way you like. If you just want to go and kinda get your rocks off, and see a bunch of stuff blow up and get some great action, you’re going to get it from this movie. But if you want to appreciate the more sophisticated levels in the story’s plot and in the dialogue, those are there, too. The movie is really saying, “Violence solves nothing.” Not only that, but, “It will escalate to the point where you cannot extricate yourself from the situation that you’ve created.”

KW: Were you comfortable with the fact that your director, James Wan, prefers to stage real stunts over relying on computer-generated special effects?

AT: Yeah, he’s not a CGI guy, he’s not a trickster. So, everything you see, we shot it. We made it. The result is, it feels real when you’re watching it. You see a lot of action movies nowadays that look fake, but everything you see in this one really happened. That car really went off the building… We really blew crap up… We really shot people… Well, not really, but as real as we could have made it. You know what I mean?

AT: And I think that it’s a more effective movie because of it.

KW: Was your character originally written for a strikingly attractive black woman?

KW: So, who decided to cast you?

AT: It was James. He has seen me on 24, loved my character, and wanted me to do something like that. He wanted a really strong female character who could bring an emotional element to the movie. So thank God for James and his brilliant casting idea.

KW: How often do you find yourself in the situation of trying to convince a casting director to give you a shot at a role not written with someone who looks like you in mind?

AT: About half of the roles that I’ve done in my life were not specifically written for an African-American woman. The Friends role was not written for an African-American female. When I went in for Talk Soup, they were like, “There’s no way. It’d never work. This is a 25 year-old white guy’s job. That’s who watches the show. College boys… frat boys.” But I filled-in and they got so much fan mail, that I sort of got voted in even though everybody originally said there was no way they’re going to hire a black woman to do this. I remember coming in one day and they said, “You’ve got more fan mail than anybody in the history of the E Network.” So, I’ve been lucky that people have been willing to think outside of the box when looking at me. Also, I’ve tried to make career choices that have kept me seen in a certain way. I try to do more intelligent roles, unusual roles, and stronger women, and that’s helped me a little bit with my casting opportunities. It’s great when that happens, and to be considered for more stuff.

KW: So, do you think Hollywood’s moving in the direction of colorblind casting?

AT: That’s a really good question. Things are probably changing glacially. I can’t say that there’s been some big change during my career where all of a sudden everything’s totally colorblind. I’m just kind of an unusual actor. Or at least I hope I am. Unusual in a good way, not a weird way.

KW: Are you upset about so often being typecast as the beautiful, brainy black woman?

AT: The script was hilarious and felt really new and like a movie that I wanted to see. And my character, I just knew she was going to be a blast to play. I couldn’t say no.

KW: Tell me a little about your character, Mahogany.

AT: I play this giant, sexy, bunny Bond girl, an ice cold-blooded assassin and a foxy chick who’s seven feet tall. And I’m actually seven feet tall in the movie, because I have five-inch heels and a foot and a half of hair. So, I was always teetering on the brink of toppling over. She’s a badass, and I like to play badasses, generally. It was great. I worked with Christopher Walken. I was his henchwoman. He’s unbelievable, that guy. That was a great experience, and I’m really proud of that movie. I just wish I could have killed more people in it. It was so well received by test audiences at the Comic Con Convention that they moved the release date up. It’s just insane and a very, very funny movie.

KW: What do you have coming up?

AT: I just finished a movie I did in New Orleans called Black Water Transit. It’s a dark, crime thriller about the aftermath of Hurricane Katrina. It was directed by Tony Kaye and has an amazing cast: Laurence Fishburne, Brittany Snow and Karl Urban. I love New Orleans. I did a movie there right before Katrina.

KW: Did you interact much with any of the New Orleans natives?

AT: My assistant is from there, so I went through Katrina with him. He found out his house was flooded because he saw it on the news. He had 18 relatives living in a one-room building for like a year. We were shooting in the Lower Ninth Ward., so I had a very personal experience with the devastation daily. Everybody in the crew was a New Orleanean, as were a lot of the extras and the small day players.

KW: Thanks for the time, Aisha.

AT: Thank you so much, I really enjoyed it.