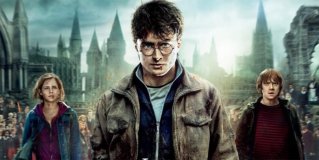 Experience Days are a great way to try things you normally wouldn’t, or couldn’t, do. Often given as a voucher for a birthday or Christmas present, or as a special treat for any occasion, there’s a vast choice on offer.

Activities range from outward bound madness to luxurious decadence and everything in between. Skydiving, Tank Driving, Gorge Walking, Jewellery Making, Makeover Photoshoots, Whisky Tasting … . think of any activity, anything at all, and you’ll be able to find an Experience Day that fulfils your innermost desires.

Obviously, there are limits as to what is humanly possible – but wouldn’t it be great if that wasn’t the case? How cool would it be if you could, for instance, slip into the world of Harry Potter for a day and actually be a witch or wizard, just like in the movies? Well, UK experience day specialists Into the Blue have set about achieving precisely that – conjuring up a fantastic competition to learn what the country would like to do, if reality were no obstacle.

You would have all the ‘usual’ magical powers at your disposal and be able to experience the world of today, except not as a Muggle. Specifically, you could indulge in these 4 impossible experiences that are just not open to us normal mortals. Or are they? 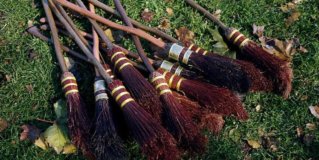 Quidditch sounds like a fantastic sport, doesn’t it? It’s an exhilarating semi-contact team sport played in the air, on broomsticks. 2 teams of 7 players compete using 4 balls: 1 Quaffle, 2 Bludgers and 1 Golden Snitch. There are 3 goal hoops placed atop poles of different heights, at each end of the pitch.

What would be your favourite position? Keeper? Chaser, scoring goals with the Quaffle? Beater, sending Bludgers flying ‘dodgeball’ style? Or Seeker in search of the tiny Snitch? Regardless of where you were positioned on the 3D pitch, there’s no doubt that playing in a Quidditch match, up in the air riding a broomstick, would be an amazing experience.

Believe it or not, it is possible to play Quidditch in the real world. Obviously, in Muggle Quidditch (or real-life Quidditch) you run instead of fly, but otherwise the rules are pretty similar. You can find a Quidditch Club local to you here.

Quidditch ‘stands by itself as a thriving sport, and is unique in its combination of tactical play, physicality and gender inclusivity’, says Quidditch UK, the national governing body for the sport. Under the umbrella of the International Quidditch Association (IQA), Quidditch World Cup championships have been held since 2008! 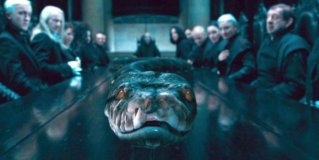 Harry Potter is famous for many things; one of them is them being able to talk to snakes. Parseltongue is the language of serpents and similar magical creatures, and a person who can converse with snakes in their own language is called a Parselmouth.

Can you imagine coming face to face with a real-life python or cobra and being able to ask how it is feeling? Maybe if you knew that the snake was scared and was planning to attack you out of a desire to defend itself, you could reassure it? The possibilities for communication and understanding would be endless. Speaking Parseltongue would certainly give you a different perspective on how animals perceive the world we all share, and respect each creature for what it is.

Can you learn Parseltongue in the real world? Apparently, yes you can. According to Parseltongue 101, it’s a language based solely on reptilian instinct and said to be a very difficult language to learn; you need to feel it. If you want to give it a go, Parseltongue lessons for beginners can be found here. What’s more, there’s also a handy translation tool, The Parselmouth. 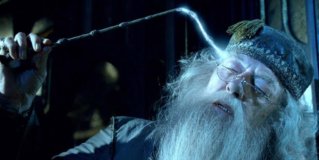 Legilimency – the art of magically penetrating someone’s mind to pick up their thoughts, feelings and memories – is a highly prized magical power. Voldemort, Snape and Dumbledore are said to have been very skilled practitioners, while Harry Potter struggled to shield his mind from unwanted intrusion. Think of Queenie in Fantastic Beasts and Where to Find Them – her ability to read Kowalski’s mind was at the heart of their blossoming relationship.

Imagine how handy it would be if you could tell what other people were thinking. A bit like Mel Gibson in the movie What Women Want, you would have the advantage all the time, being one step ahead in each conversation, every negotiation and all relationships.

Of course, learning to mind read doesn’t have to be a magical power. Over the centuries, many people have tried, failed and even succeeded in gleaning information via the use of telepathy. It’s a controversial topic, but if you’re curious to find out more, you can learn about telepathy for beginners here.

The lack of research based evidence into mind reading doesn’t mean that it is not possible. In fact, there are many techniques available to decode thoughts and feelings, including these. Why not give it try and see if it works? 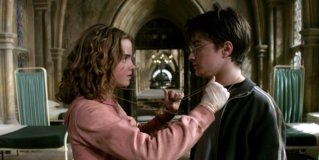 Do you remember Hermione’s ‘time turner’ that helped save the lives of both Sirius Black and Buckbeak the Hippogriff in Harry Potter and the Prisoner of Azkaban? The tiny magical device enabled Harry and his friends to travel back in time and change the course of history.

Of course, the concept of time travel is much older than the Harry Potter books. H.G. Wells’ Time Machine, Doc Brown’s DeLorean in Back to the Future and Doctor Who are just some of the many examples of our obsession with being able to travel through time.

Scientific research has had much to say on the subject but it is not clear whether the laws of nature will simply not allow us to travel in time, or whether science is perhaps not sufficiently advanced to make it possible in the present day. The Institute of Physics’ article ‘Is Time Travel Possible?’ explains it nicely.