In an effort to cater to gamers, Windows 10 has several features that specifically target them including a distinct ‘Game Mode’, and a preinstalled Xbox app. However the feature most widely used is its Game DVR function that allows users to record in-game video footage.

The Game DVR function in itself will be familiar to anyone who has used recorded gameplay footage on Microsoft’s Xbox One, as it borrows heavily from it. However as Windows 10 users have gradually discovered, their version of the Game DVR can do more than just record games.

A Screen Recorder – In Part

Aside from recording games, the Windows 10 Game DVR function is capable of recording video footage of other apps – making it useful in part as a screen recorder. Its main limitation in that regard is the fact that it can only record videos while inside a specific app, and cannot record the desktop or switch between apps while continuing to record.

The resolution of recording using the Game DVR feature is limited to 1080p Full HD, and it does not have many of the other features present in third-party screen recorders. Most notably it isn’t possible to define a specific area of the screen to record.

While these limitations mean the Game DVR is not likely to be a feasible replacement for a more powerful third-party recorder, it still means that every Windows 10 PC has a free built-in basic screen recorder. It makes recording footage quickly when required more viable as well, due to the fact that the Game DVR can be brought up immediately when necessary. 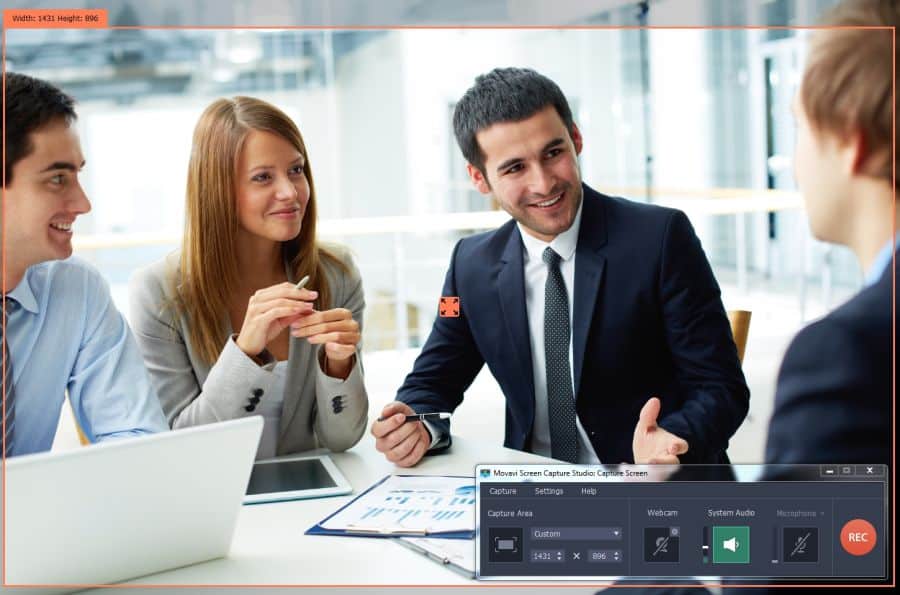 Recording Apps With the Game DVR

To record video footage of an app with the Game DVR, it is necessary for the app to already be launched and active on the screen. If that is the case, press the “Win + G” button combination to bring up the Game Bar.

On the Game Bar there will be several icons, including a red circle to start recording and a cogwheel to adjust the Game DVR settings. It is also possible to press the “Win + Alt + R” button combination to begin recording rather than clicking the on-screen icon.

When the Game DVR is set to record, a pop-up appears that will request confirmation that the app in question is a game. All that is needed is to click the checkbox indicating that is the case, and it will begin to record footage of the app.

In a few isolated cases the Game DVR has been unable to record footage of an app for unknown reasons. Most of the time however it will record video footage so long as it considers the app to be a game.

To stop recording, the same button combination of “Win + Alt + R” can be used and the video that was recorded will be saved into the default ‘Videos’ folder. Although it is technically possible to change the destination folder, it is not easy to do.

For a powerful HD recorder that can record video footage from the screen, try Movavi Screen Capture Studio instead. This app allows fully customizing recording parameters, and has a built-in editor of its own to compile, enhance, and alter the recorded video footage. Still iit is useful to know that the Windows 10 Game DVR can be a screen recorder – in many cases.

Bartender Turns Tables on the Pandemic with Table-top games

How Gaming Culture Has Changed Positively and Negatively

The Latest World Of Tanks News

The World’s Most Dangerous Sports

The Past And Future Of .io Games

The Rise of LEGO: The World’s Biggest Toy Maker