Turtle Entertainment GmbH, the eSport Company, today announced the growing popularity of League of Legends (LoL) within the Electronic Sports League (ESL). The Electronic Sports League, the largest league for European gamers, has more than 2.8 million registered members and more than 680,000 registered teams. League of Legends is one of the world’s most popular online multiplayer games, and is one of the most successful titles in the ESL.

Weekly ‘Go4LoL” tournaments are held in Europe and North America. They attract up to 2000 participants in around 400 teams. Turtle Entertainment recently added League of Legends to the highest European division of the ESL Major Series, and the highest national league for computer games in Germany, the ESL Pro Series.

The ‘Go4LoL” tournaments are very successful in Europe and North America. Each week, more than 1,000 players compete in League of Legends for a monthly prize of 1,000 Euro in the ESL, and 1,000 US Dollars in the National ESL. On April 10th 2011, LoL set a new record for a one-day online cup in the ESL, with 1,135 players participating.There are around 200 teams each week.

On ESL TV, League of Legends matches break records: 35,000 concurrent viewers tuned in for the qualification tournament of the ESL Major Series in North America. Only the very best teams of North America compete in the LoL-Premiership for total prize money of 10,000 USD. In addition, LoL is a new discipline of the ESL Pro Series, Germany’s highest division, with more than 20,000 Euro in prize money.

“In recent months League of Legends has developed into one of the most popular eSports titles in the world. The game’s impact continues to grow even further thanks to the ESL’s prize money tournaments in 2011,” says Sebastian Weishaar, Vice President International Business. “We always believed that in order to capture the attention of the eSports community, we would first have to focus on crafting League of Legends into a global phenomenon,” says Marc Merrill, president of Riot Games and executive producer of League of Legends.

“Today, a year and a half since we launched the game, League of Legends is taking the eSports scene by storm – the ESL’s embrace of the game is a big step that we’re really excited about.”

League of Legends, Riot Games’ debut title, commended on Oct. 27, 2009. It was built by a veteran development team, including the original creators of the popular, player-made mod Defense of the Ancients. 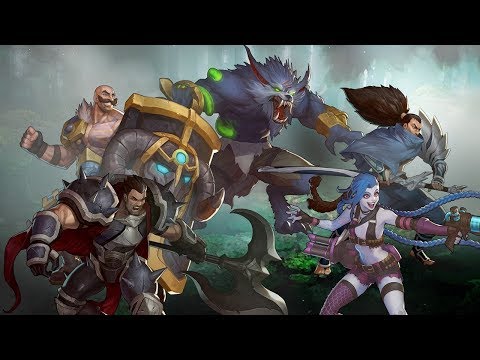 Bartender Turns Tables on the Pandemic with Table-top games

How Gaming Culture Has Changed Positively and Negatively

The Latest World Of Tanks News

The World’s Most Dangerous Sports

The Past And Future Of .io Games