Bacon fans, as you know I have been talking about bacon and wine lately. But bacon and bear? Face it, it’s a new reality. The brewers over at Newcastle Brown Ale www.NewcastleBrown.com just released their holiday MAN-ual, featuring recipes from Sam the Cooking Guy www.TheCookingGuy.com including his Goodbye Fondue and Grilled Teriyaki Scallops featuring our favorite friend bacon. Sam’s philosophy on cooking is “big in taste, small in effort.”

Sam the Cooking Guy prides himself on being an everyday guy who makes food understandable. Sam has his own cooking show called Just Cook This! Sam’s first cookbook was released this year and features 126 of his favorite recipes.

Here is a sneak peek at Sam’s Recipe from his book: 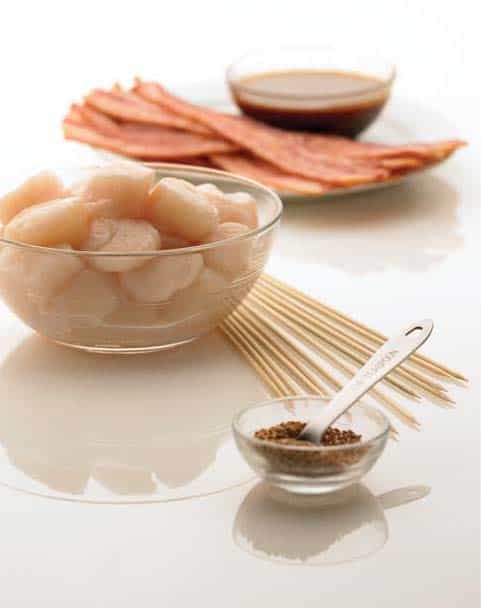 e Over medium heat, stir in flour and hot sauce; mix until all is blended

e Pour in the beer, then slowly add the cheese and cook until sauce is thick and smooth

e Serve with lots of things to dip!