Heavens knows, there’s plenty of pizza joints around Los.Angeles. But there’s one place that not only serves authentic Neapolitan pizza, but their prices are the most reasonable. I met Leighton Tsai the managing owner whose family comes from the somewhat celebrity kitchen status, and his manager Chris Stoddard.

It is easy to tell that hospitality is the key word here, and I immediately loved the noted artistic contemporary design of the restaurant. 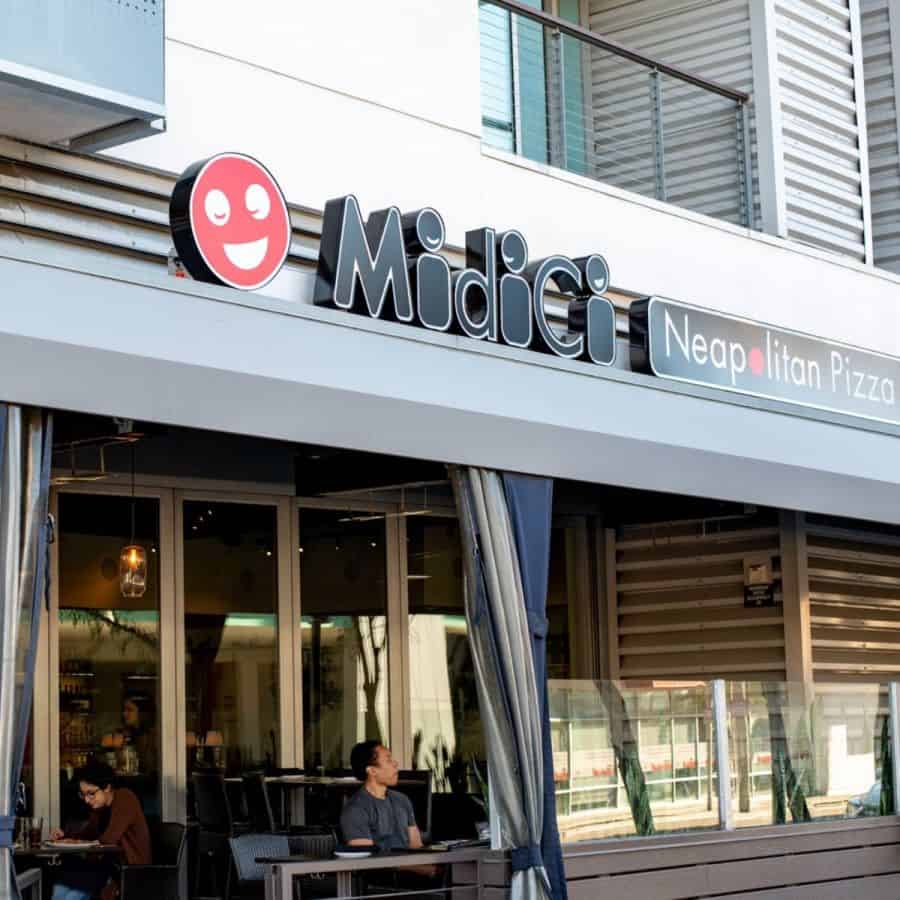 When you combine an authentic wood-burning oven with imported dough and tomatoes from Italy, along with cheese and pepperoni and no added ingredients, just natural ingredients, you then have a Neapolitan pizza. The thin sliced pizza is also baked with almond wood, giving it the distinctive taste that a Neapolitan pizza should have.

My guests for the evening were my trusty friends Tom Hallick, a veteran actor who stared in various films and television shows, and his lovely wife, Yin Jiang. They include “Murder She Wrote,” “The Young and Restless,” “Freddie Got Fingered,” along with numerous guest starring roles on episodic television.

Tom’s wife, Yin Jiang, is a concert violinist, and originally from China. She recently finished touring with Andre Bocelli.

I asked Leighton Tsai how he got into the restaurant business. He mentioned that his family’s cousin has his own celebrity cooking show and that the pizza he tasted from another MidiCi store motivated him to open several pizza dining establishments starting with the one in Marina del Rey. 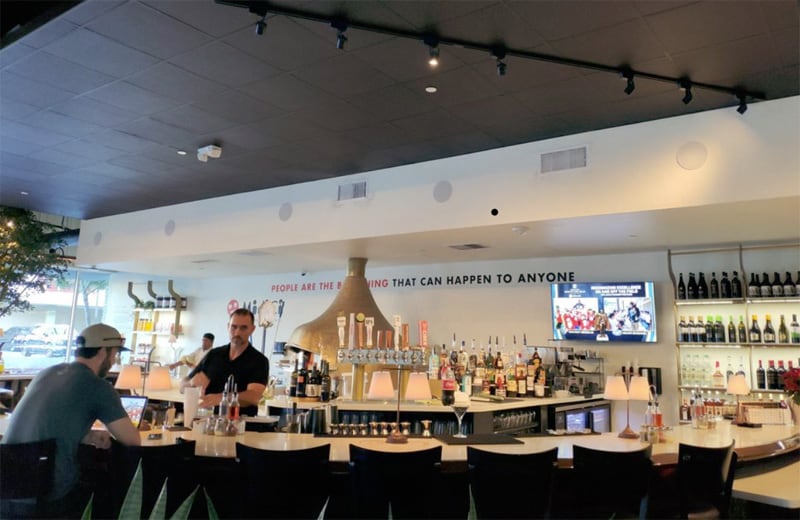 Versatility is the key at MidiCi Neapolitan Pizza. A family can create their own pizza by selecting the base, then adding personally selected toppings. Toppings include everything from mushrooms, pepperoni, various cheeses, bell peppers, sweet tomatoes, and anchovies, to chicken and beef. You name it, and it’s there for the choosing.

In our choices, we ordered a Double Pepperoni with mushrooms. We complemented the fabulous pizza with a Caesar salad, prepared with Romaine lettuce, parmigiano-reggiano, house-made croutons, and anchovies with Caesar dressing. It was just the right touch.

We also enjoyed a couple of appetizers, which were homemade meatballs and the Burrata Caprese, prepared with burrata, arugula, grape tomatoes, Italian vinaigrette dressing, house-made pesto and extra virgin olive oil and a pinch of salt and pepper.

“The combination of almond wood-infused pizza and meat balls like this is truly a delight for the palate. We’ll tell all our pizza-loving friends about this,” states Tom Hallick.

That wasn’t the end of fine food. It was time for a specialty desert. 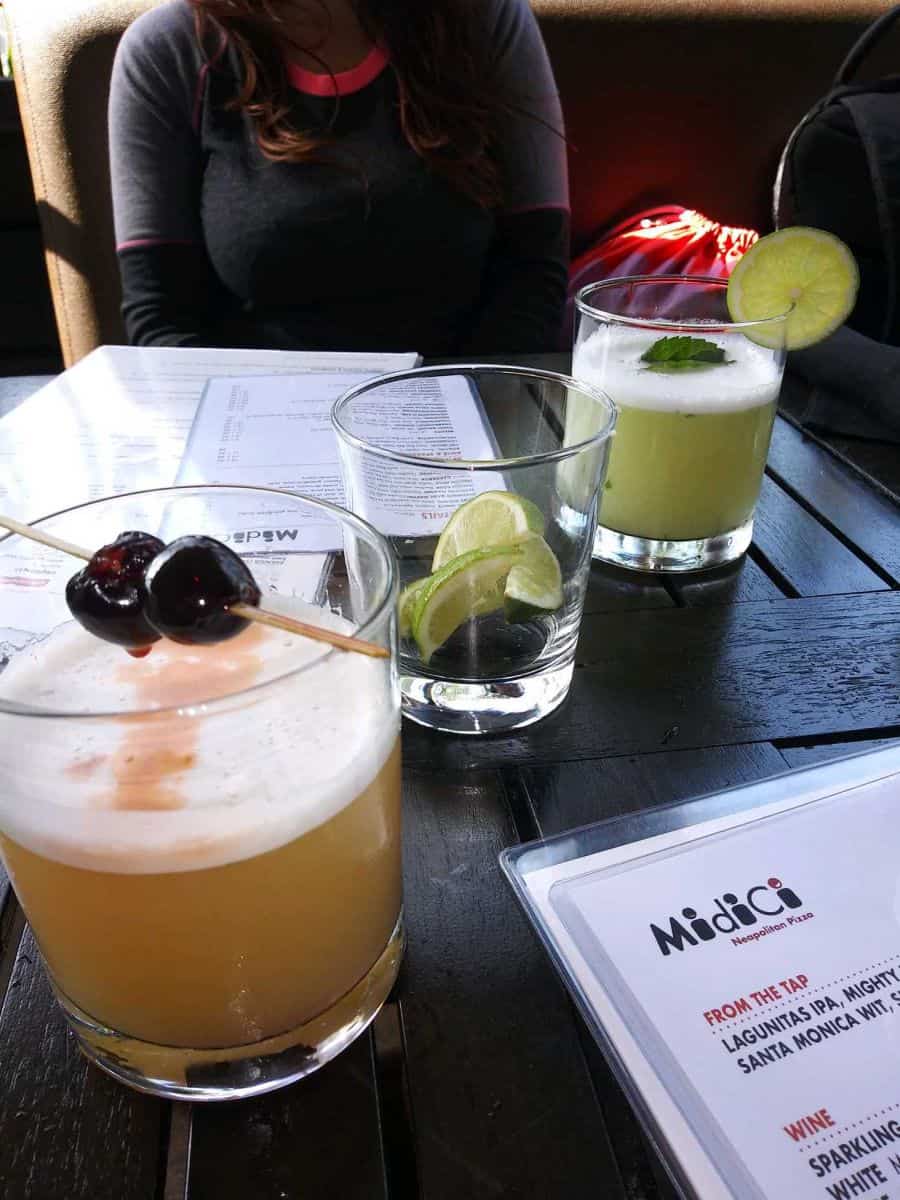 Their signature dish Nutella Calzone is prepared with Nutella melted over strawberries, blueberries, and blackberries in the calzone. For those who enjoy mouth-watering deserts, this is the highlight. Also very popular are the Italian Gelato and Sorbetto.