Wow, it turns out that Gold Medal record busting swimmer Michael Phelps, otherwise known as “The Fastest Man In The World” proudly and passionately pigs out on piles and piles of pasta and pizza!

Regarding his notorious, news making “high carb” packing dietary regime & training practices, Michael Phelps says that his days are a blur of massage and ice baths, sleeping and eating and as it turns out, he is talking about lots of eating.

“I have been eating a lot of pasta and pizza, a lot of carbs,” said Phelps, who recently succeeded in earning a total of eight Gold Medals in the Olympics, more than any other human in recorded history. Phelps used his Pasta & Pizza plan to effectively surpass the 36-year-old record of US swimmer Mark Spitz previous record of seven “Golds” at one Game. To get there, Phelps has to swim 17 times over the nine days of competition, and get enough rest and calories to keep the dream alive. 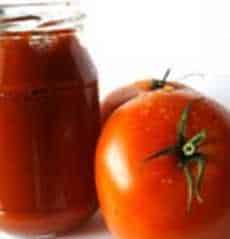 “I have been eating and sleeping as much as I can,” said Phelps, who shared an apartment with five of his teammates in the Olympic Village. “I have woken up about 4:30 to 5 am every morning, fallen back asleep for about an extra half-hour and then I have to get up.”

“It takes me a while to get up in the mornings, but it is the Olympics,” “I have been getting as much recovery as I can” said Phelps. That strategy included getting two massages a day as well as ice baths and then the now infamous portions of Pasta and Pizza that fueled the well tuned Olympic dynamo that won the Gold as well as the hearts of a nation and the respect and admiration of the World.

Michael Phelps, he envisioned the Pasta-bilities,” went for the Gold & came up a TRUE WINNER!