It’s a lovely experience dining, with art galleries adjacent to your culinary experience. Such is the case with Gi Gi’s Bistro in Laguna Beach, California. Recently Francesca Gundogar and her husband Rago and her sister Hande and husband Bulente invited us to enjoy the cuisine of the Mediterranean, and their Turkish dishes.

Gi Gi’s was established by the Gundogar Family around 10 years ago, when they arrived in the United States. The family had always enjoyed promoting entertainment parties in their homeland and took their talents to the United States where they chose Laguna Beach for their final destination.

While speaking with Francesca, she informed me that Mediterranean cuisine does not use many spices, but they prepare their food on skewers, using the best meats available.

My guest and I enjoyed Turkish tea and ordered the Arugula and Goat Cheese salad, prepared with beets, cranberries, walnuts in a balsamic-olive oil dressing. My, that was a picker upper and oh so delicious.

Turkish cuisine came from the Ottoman Empire, where the Sultans enjoyed what is referred to as “the King’s food.” Oregano, red pepper, black pepper, olive oil, and garlic are the primary spices used when preparing lamb, beef and chicken dishes.

With the influence of Europe and Asia, the dishes which are most popular are the Ali Nasik, a traditional dish, prepared with yogurt, peeled eggplant and tender chunks of beef, accompanied with butter rice. 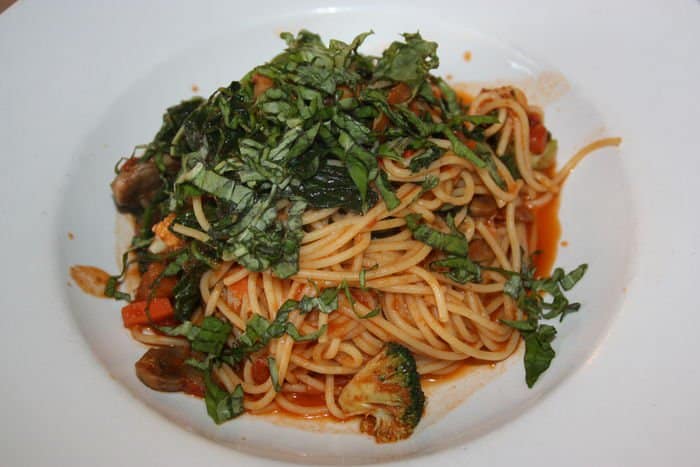 Other traditional dishes include Hamsili pilay, prepared with rice and small fish and Miroloto Borek, a flaky pastry stuffed with meat, cheese and potatoes.

In addition, the lentil soup, the most popular soup of Turkey, is not the only soup served. Yala, tarhana, aseran and guli soups are also popular soups in Turkey. In addition to these popular soups, there’s also a Gluten-free menu available.

It’s no wonder that Gi Gi’s was voted one of the Top 100 restaurants Certificate of Recognition and Opentable’s Best Mediterranean Top 10 Donen Choice Awards in 2014.

While enjoying the sights of Gi Gi’s outdoor patio where Rago is the bartender, mixing all sorts of cocktail sensations, there’s several galleries in which to browse. In fact, there are paintings displayed in the glass windows, where we were dining, that added to our dining experience.

Gi Gi’s also has an added feature for inside dining which is a contemporary cocktail lounge where locals gather for good conversation. Ask for their selection of domestic and imported beers, including red and white champagnes.

Happy hours are from 4pm-6 pm where drinks and appetizers are a mere $5.00.