This just in! We’ve got “Breakin’ Bacon News” out of West Palm Beach, Florida, where a woman has just been arrested for first degree “bringing home the bacon!”

According to Television News Channel 12, WPEC NEWS in West Palm Beach, FL, a Perkins Family Restaurant employee has been thrown in the pokey and will soon be heading for the “pig pen” for picking up Perkins’ pork.

A local officer of The Stuart Police department found the bacon hidden away in the purse of Ms. Luann McKinnley’s when they arrived at the Perkins Restaurant in city of Stuart, after a fellow employee witnessed Ms. McKinnley secretly stash 3 pounds of bacon away for good keeping. 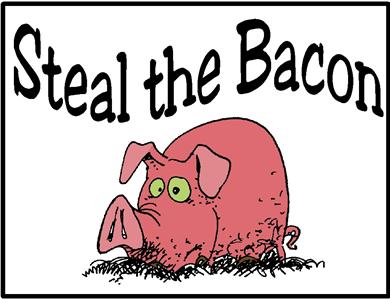 McKinnley, 52 years old, initially gave police a false name when approached about the incident, which led to her arrest, officially being charged with crime of “theft.” However things really began to sizzle when, in the middle of the booking process, the authorities at Martin County Jail suddenly became aware of the fact that they were being given a false name by the “Bacon Bandit!”

Then all heck broke loose, as officers found drugs and other illegal contraband on her person and when by the time all the smoke cleared, she ended up being charges with theft and possession of a controlled substance.

Bond was set at $5,500. Which only goes to show; if you or someone that you truly care about really loves bacon and doesn’t want risk going without it, it’s a much better idea to order a Bacon Freak Monthly Bacon Club Membership, which is conveniently available right here on your computer at (http://www.cvwine.com/gourmet/bacon/home.html).

Not only will the Bacon Freak Monthly membership amaze you each and every month with the most delectably delicious award winning gourmet bacon, but it will easily save you well over $5,000 to boot.

The choice it obvious and luckily the choice is YOURS! Come check it out for yourself at www.BaconFreak.com.