Just in time for the holidays, the mixologists at Exclusiv Vodka – the vodka that’s made for royalty – have some tasty cocktail recipes that are sure to spice up your holidays and make them exclusively yours with an expensive taste without the expensive price, featuring seasonal ingredients such as apple cider, egg nog, cinnamon and caramel sauce.

Perfectly fitting for the holidays and sure to keep you warm is the “Exclusiv Hot Cider.” This delightfully delicious drink includes Hot Apple Cider (or Apple Juice), Buttershots Liqueur or Monin Caramel Syrup, and ground cinnamon topped with whipped cream and caramel sauce. Recommended to be served in a glass coffee mug.

An Exclusiv twist on everyone’s favorite holiday drink, the “Exclusiv Egg Nog” is sure to be a hit at your holiday gathering with B&B (Benedictine and Brandy), white creme de cacoa, very cold Egg Nog and garnished with a cinnamon stick.

Shake and pour Bailey’s, pear puree, cinnamon schnapps and a dash of honey into a martini glass, decorated with cinnamon and sugar on the room, and you’ll get the sweet taste of the “Spiced Pear” great for serving at holiday parties or New Year’s Eve parties. The “Dirty Russian” is an old Russian favorite. Historically, vodka was consumed in Russia with pickled veggies called “zah-koos-kah” (food-casher). Ask any Russian and they will tell you that once or twice after a big party, they made themselves a drink with pickle brine instead of a Bloody Mary. This holiday season, the folks at Exclusiv Vodka suggest three different takes on the Dirty Russian to deal with the excesses of the season – “Exclusiv Russian Gibson” with dill pickle juice or brine, dry Vermouth and garnished with a pickle and onion skewer; and the Exclusiv Dirty Russian Martini with olive juice.

Exclusiv Citrus – Cranberry Punch, which can be made as a single drink served in a champagne flute or as a punch bowl, making it perfect for holiday and New Year’s Eve parties, with Limoncello, cranberry juice, and Ginger Ale.

The “Exclusiv Southern Shore Iced Tea” is sure to give your holiday party and New Year’s Eve party guests an extra kick with Blue Curaco, 5 hour energy bottle, a splash of Sour and a splash of cranberry juice, garnished in a pint glass with a lemon wedge.

From the gentle rolling wheat fields of “Moldova,” near the shores of the Black Sea, comes an escape reminiscent of icy mountain tops and crystal clear streams. What was once only for royalty and members of high society can now also be exclusively yours.

With its Russian heritage gifting the highest standards for the production of vodka, Exclusiv Vodka is truly a world-class vodka. This luxurious tasting spirit is made with only the highest quality winter wheat and the finest distilling process, giving it a sweeter, more polished taste without polishing techniques, just like the members of high society preferred over the course of history.

Described as, “Clear. Subtle, creamy mocha aromas and flavors with hints of dried cherries and spice and a long, delicate cream and powdered sugar fade. Very smooth, tasty, and appealing,” it’s an expensive taste without the expensive price. Exclusiv Vodka is affordably priced at $20 for 1.75 liters – perfect for consumers who value quality and taste, and their wallet.

The International Review of Spirits Award gave Exclusiv Vodka their Gold Medal and the Best Buy Rating, and one satisfied consumerdescribes Exclusiv Vodka as having .” ..a lot of character, which is missing in most of the sweeter over-distilled rivals. Palate is mild on the second sip and aftertaste is warm and smooth.”

Another satisfied consumer says, “I recently discovered this gem of a vodka at my local liquor store. While perusing the top shelf, I noticed a bottle I had never seen before and then was confused when I saw the low price. I brought the bottle to the cashier and questioned why it was on the top shelf. He said nothing but good things about Exclusiv so I decided to give it a try. Amazing! What a great vodka for an even greater price! It is very smooth and does not have the ‘rubbing alcohol’ smell of other inexpensive vodkas.”

All recipes are created by Daniel Seel for Exclusiv Vodka. 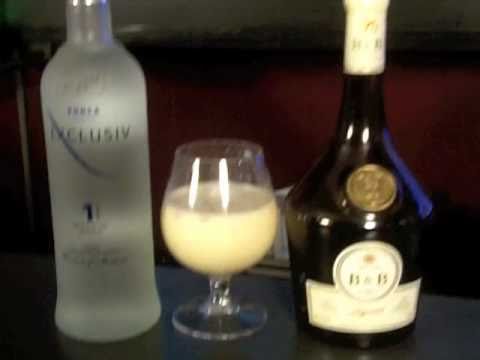