Hey there fellow Bacon Freaks, this outrageous story was released by “Reuters” just in time for the Holi-Daze! I know what I’m asking Santa For this year, well, a least one thing I’m asking for!

Wrap Your Phone In Bacon!

Looking for a holder for your mobile phone, or MP3 player?

How about a case that resembles streaky bacon.

But this “bacon case” is also vegetarian-friendly as it’s made out of boiled wool.

The case’s maker Antje Schmitt from southern Germany has been surprised by how many orders she’s received from people who want to wrap their phones in bacon. 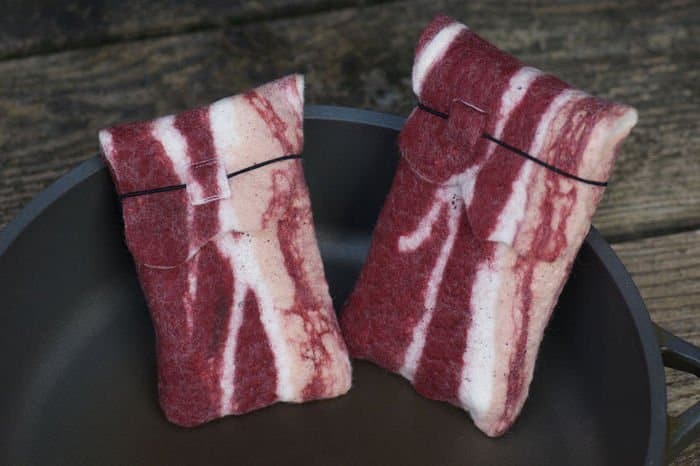 Check out the informative video at following link:

ABOUT US
NewsBlaze is the alternative business and world news newspaper, with entertainment, music, politics, and the latest breaking news and videos.Visit the NewsBlaze Pressroom to see NewsBlaze in the News
Contact us: [email protected]e.com
FOLLOW US
© Copyright (c) 2004-2022 - NewsBlaze Pty. Ltd.
Go to mobile version