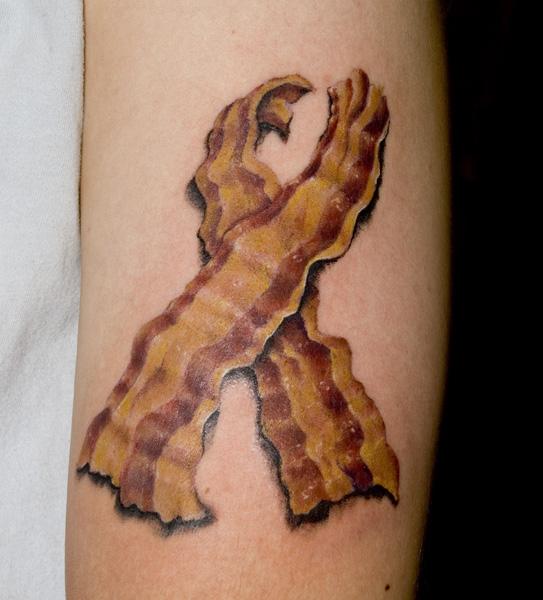 Marianne over at “R.B.S.” always has some pretty interesting and insightful things to say about our all time favorite food …Bacon! So what do you think about the idea of “Bacon Tats!” For those of you not paying attention, that’s “Bacon Tattoos,” not Bacon & Tatters!

Looks like they have a brand new, fun contest to “pork-ticipate” in if you like the idea of inking “pig-tures” of pigs on human flesh.

Check it out and enjoy! 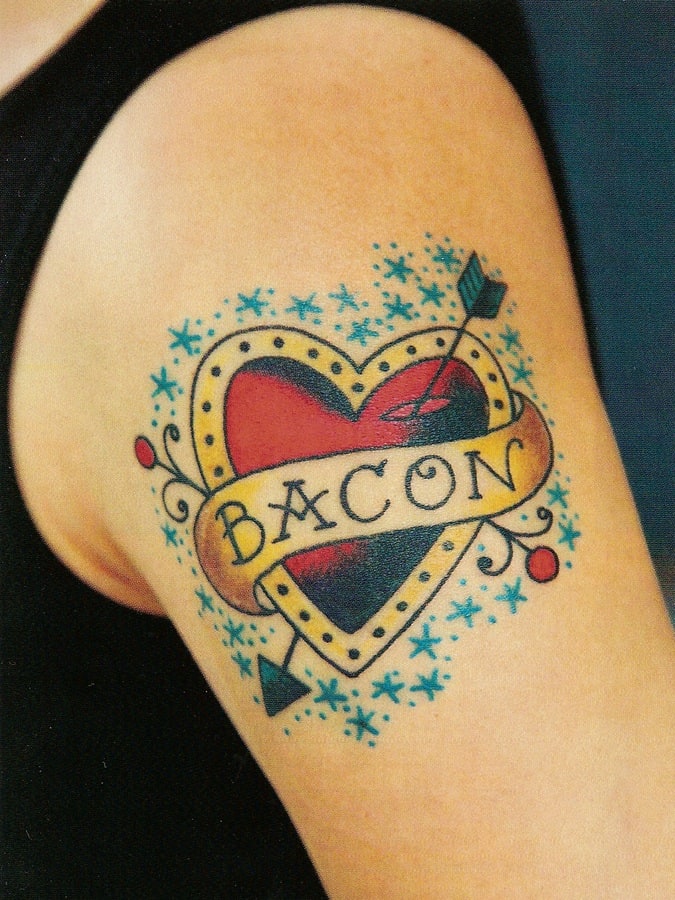 So my husband is a real sport. He’s got many tattoos, most of them on a nautical theme as he is, himself, a nautical man. However, in the spirit of supporting me and Naseem and our blogging endeavor, he has volunteered to get a bacon tattoo. This came as a surprise since he is not, in general, a “joke tattoo” kind of guy. Okay, he kidded once about getting a fingerstache, but I never believed he’d actually do it. And so it occurs to me that he may be just as serious about bacon as we are. And honestly, aside from Naseem, I’ve never seen anyone love a breakfast burrito as much as that man.

So here’s where you come in: this is going to be a Royal Bacon Society contest, done in two phases.

Phase One – Send in your favorite bacon images for consideration. Naseem, Husband and I will sort through these along with images of our own to create a short list, probably three of the best for potential tattoo art. But please send us your submissions by January 31to royalbaconsociety [at] gmail.com. 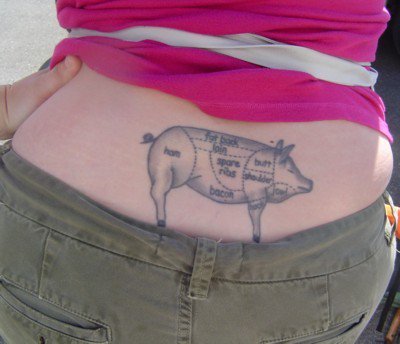 Phase Two – We’ll present you with our final choices and you, the RBS readers, get to vote for which bacon tattoo will be my life-long reminder of how important bacon is to me and mine.

Sound fun? Well then get to work! (I’m looking at you, reddit kids!!) We can’t do this one by ourselves, and someone around here is just dying to add to his art collection.