Recently the Royal Bacon Society website decided to experiment with Cajun Bacon available at BaconFreak.com. We were so impressed with their recipes and creativity we asked them for permission to reprint their recipes and photos. The following is courtesy of RBS!

Even before bacon exploded in bits all over the Internet, I have to admit I considered myself somewhat of a bacon connoisseur. However, my proof of expertise back then was that I had tried all the local grocery store brand bacons and concluded that the Vons brand was the best, hands down, case closed. 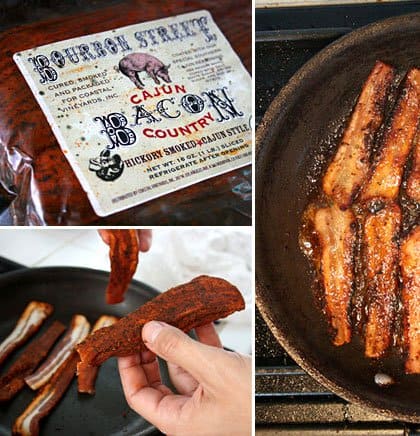 Seriously? I had no idea.

This whole bacon blog business has opened my world up to a deliciously intimidating world where there are endless flavors of bacon, and endless bacon flavored you-name-its. Case in point: Bourbon Street Cajun Country Bacon.

Dry rubbed in all sorts of Cajun spices; we weren’t quite sure what to make of bacon. As we fried it up, it didn’t have that standard bacon scent. It took us awhile to figure it out but once we did it was unmistakable: it smelled like pizza! Pizza scented bacon? Pretty great review so far!

This first batch of Cajun Bacon was the star of breakfast with supporting acts of scrambled eggs, home fries, and coffee. Tasty and spicy, but perhaps a bit overwhelming in flavor as a solo act, our feeling was perhaps this type of bacon is one of the few that does not belong as the star of the show. 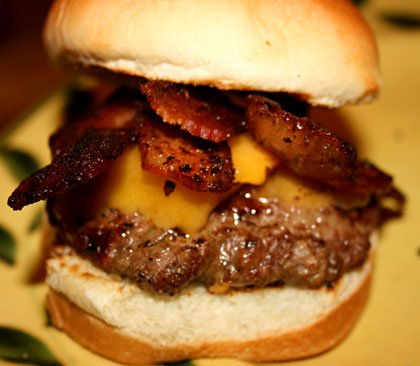 Now this is where this bacon belonged: glued to a ground sirloin burger by melted cheese on a toasted bun with no veggies. Oh come on! Admit you’d forgo the lettuce and tomato if no one was watching!

This burger was a huge hit and ended up being lunch, dinner and then lunch again. Give it a try – you won’t regret it.

If you are one of those health freaks (if so, what are you doing on this site??), Bacon Freak features an awesome looking BLT recipe which uses the Bourbon Street Cajun Bacon. Check it out and let us know how it turns out! 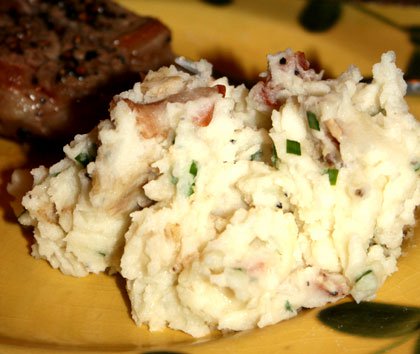 This was another huge hit, and actually overshadowed the filet mignon that sat right beside it. The kicker here is that we added some of the delicious Cajun-flavored bacon grease in addition to the bacon bits.

Fry up the Cajun Bacon in large skillet over medium-low heat until crisp. Transfer to paper towels and drain. Crumble bacon and set aside. Reserve 2 tablespoons bacon fat.