I’m getting very excited about the Scotch tape portraits of Albuquerque, New Mexico photographer, Wes Naman! I do believe Pop Art has been resurrected! Using Scotch tape to alter people’s faces, sometimes rendering them funny, yet at other times making them scary as the dickens, is easily classified as Pop Art, since nothing’s anymore everyday as a medium than Scotch tape.

Pop Art has been mostly dormant since Andy Warhol used disposable Campbell’s Soup cans or Brillo Pads as painted objects of art, and yet Wes has thought of a way to extend Scotch tape’s obvious utilitarian function to a far sided artistic expression! 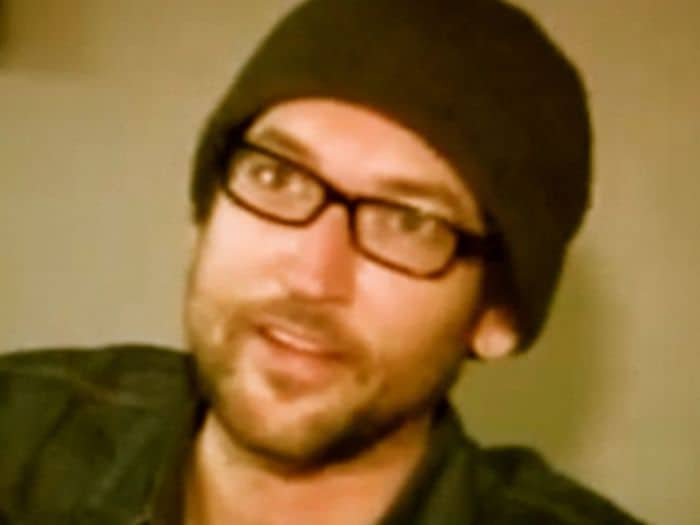 His panache-laden portraits of friends’ contorted visages have been seen all around the globe, mainly because of a December article in Wire Magazine, but then many other prominent media sources, such as the Telegraph UK, the Washington Post, the Huff Post, and Spain’s Posta jumped on the bandwagon of opportunity or fanciful frivolity (or better, defiance of the ancien regime).

As a result, a small side project goes viral on the Internet! And now everyone on the planet earth knows who Wes Naman is, since he took a proactive approach and ran with a slaphappy Pipedream, that was a terrific hunch for more reasons than I care to get into.

I believe that Naman’s zany friends added a great deal to the mix, in that they put as much into their roles as they had inside of themselves to give, possibly believing that millions would see their carnival (almost sideshow) portraits. Or maybe they just wanted to do a good job; in any case, they worked miracles with those tiny pieces of sticky tape!

Which face is your favorite? Is it a man or a woman? Is it a scary caricature or is it one of the humorous pusses grimacing or wincing like they were acting in a classic SNL skit? My favorite is one I’m including with my piece, which I have named: A Lady with those Crooked Red Lips! 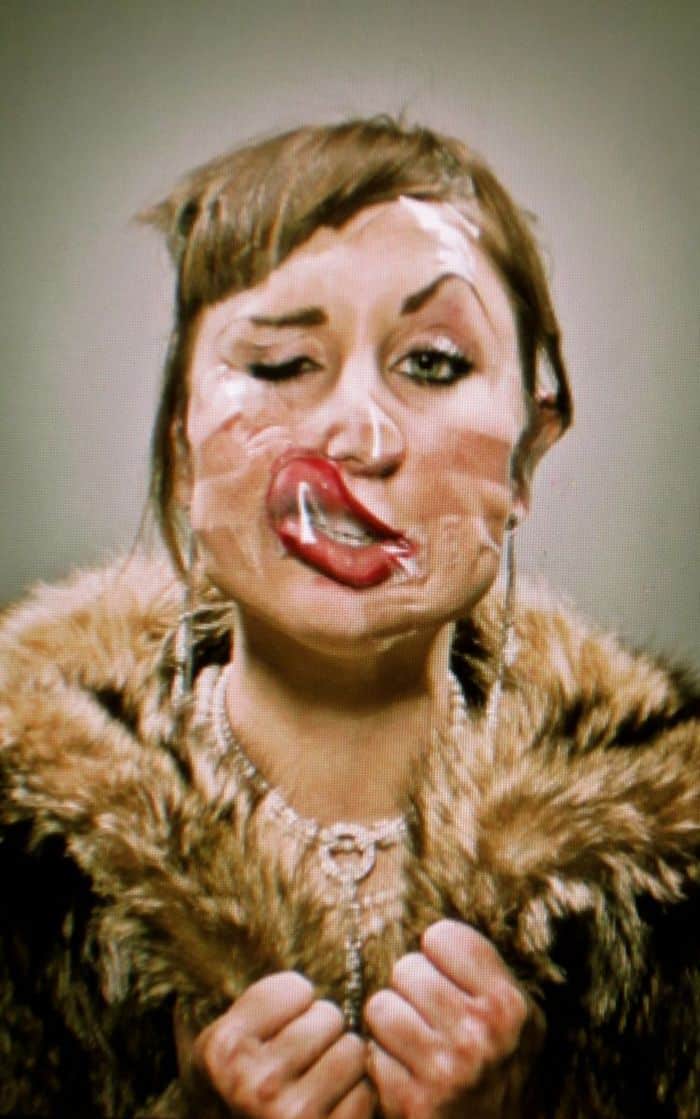 I must emphasize, however, I love all of them in their own way, and enjoy going through the complete gallery and seeing the syncopation in a streaming slideshow sequence! This is what Wes intended, I suspect. Is this idea completely original?

I don’t believe it is; Wes admits he maybe saw it PeeWee Herman’s Playhouse many years ago. I’ve seen Scotch tape phenomenon before myself, but don’t remember exactly where. This familiarity, this nudge of deja vu is what helps to propel its popularity, and is also a reason for classifying it as a Pop Art Revival of sorts!

We tell ourselves it’s been done before, but actually it’s very original, thought up as a ‘chromatic modulation’ of several prosaic ingredients: simple Scotch tape, a digital camera, the portrait format (which has been around since the birth of photography), ordinary friends (not Andy’s Superstars, such as Liz, Mao, Marilyn, Mick, or Beatle John), then finally, a wildcard element I’ll call Rod Serling’s Night Gallery of A Wild Bunch. This last ingredient is probably the most original one employed from a most fertile imagination of Wes Naman.

Hell, this could have been a spontaneous subconscious surprise, yet it’s what keeps us fascinated with eager eyeballs glued to the page as if we’re watching America’s Most Wanted, a gallery of rogues on the lam from John Walsh (who always gets his man). These are Anti-Andy Warhol portraits, who only featured the beautiful people of the 1960s; Wes’ are the Ugly People, The discarded Mothers of Invention who wanted to be on the other side, but mama left ’em with too many dimples and bad hair. 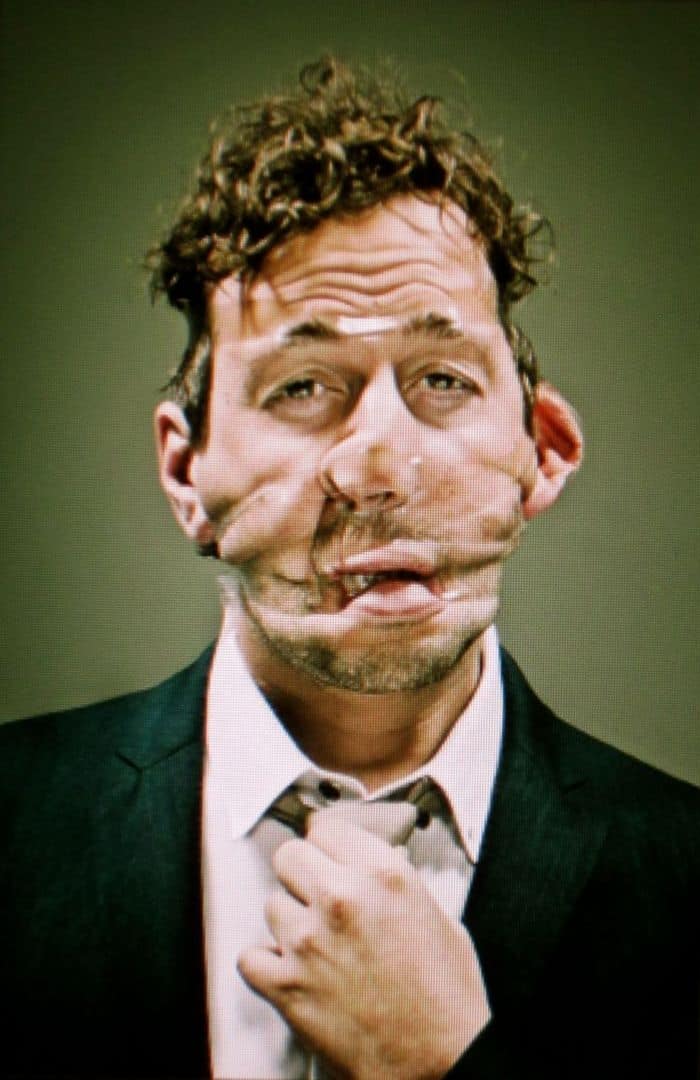 The first thing I thought of was the trick mirror sideshow exhibits that populated the Midway at the State Fair of Texas, when I was a kid (like 40 years ago). Yet, this is not trick photography (or is it?), this misapplying of a common function of Scotch tape, making it part of a make-up kit, such as a handmaiden dusting powder and rouge to a pompous Marie Antoinette, but substituting sticky tape instead.