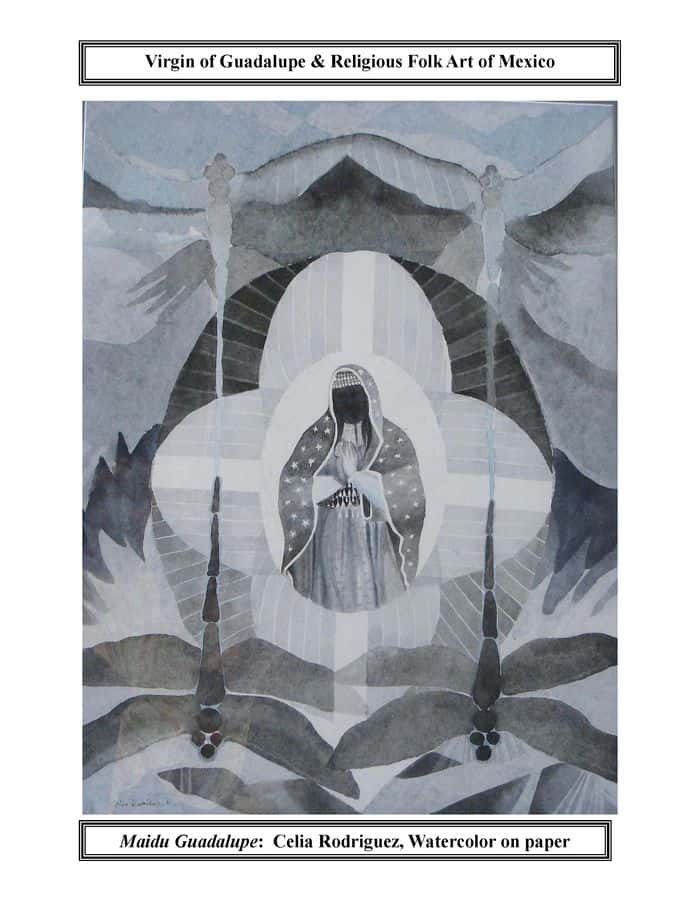 The Virgin of Guadalupe is one of the most powerful women in the Americas. She is a leader of armies, a focus of spiritual devotion, a tender motherly comfort as well as inspiration for artists.

Since her miraculous appearance to the Indian Juan Diego near Mexico City in 1531, the New World Virgin Mary or Aztec Virgin has stood for cultural pride and equality. She is one of the most widely recognized icons in the world. Guadalupe is paradoxical. She is both Queen of Heaven and La Morenita a little brunette. She evokes the freshness of roses and the chill of the moon. Devine yet touchable.

Santos, Saints or holy images speak of generations of Hispanic artistic traditions and religious devotions. After the Europeans brought Catholicism to the New World, the Native People adopted the tradition of carving Santos and painting retablos to aid in worship in churches, family chapels, and home altars. 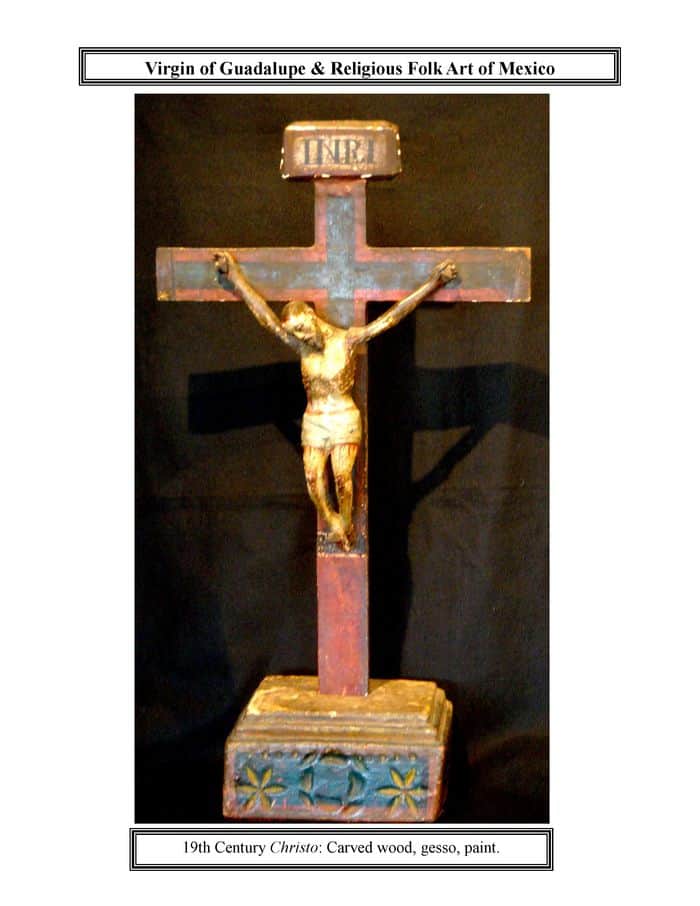 The exhibition at Pacific Western Traders shows a wide variety of work. Celia Rodriguez’s watercolor Maidu Guadalupe, Gayle Anita’s oil pastel of the Virgin of Guadalupe, a beautiful 19th century retablo of Our Lady of the Immaculate Conception, a carved wood Virgin from Guerrero, and painted ceramic figures depicting Our Lady.

Also included in the exhibition is an invocative late 19th century Christo, which still bears the scorching from decades of votive offerings, and a Saint Francis of the same vintage. There are contemporary Santos by Martin & Eugenio Flores Diaz of Saint Ysidro and Saint Michael. A selection of Milagro covered crosses help to complete the exhibit. 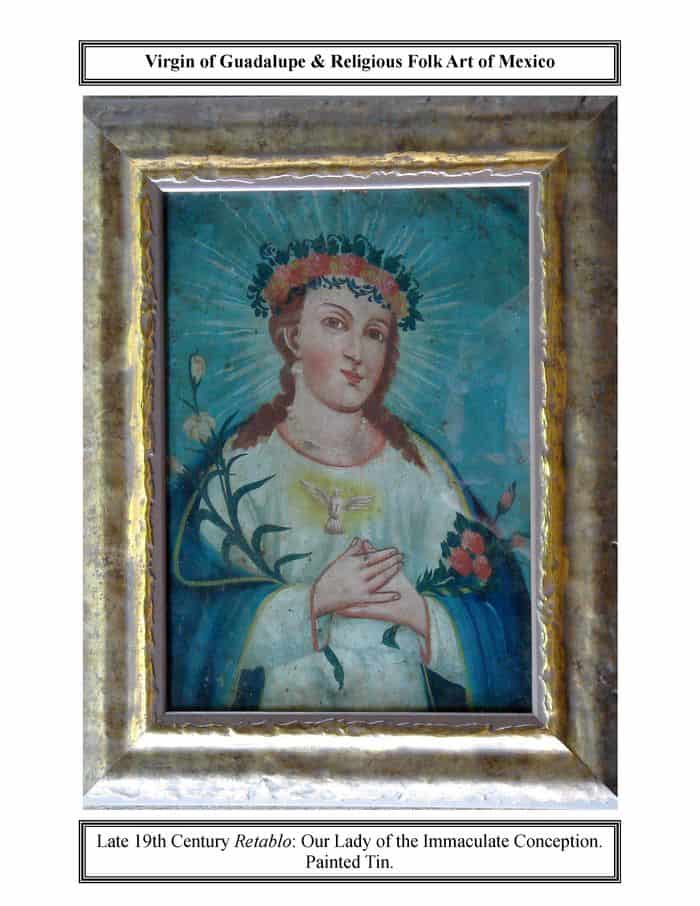