Otabek Teshabekov, the author of “Christie’s Unmasked,” a memoir about his battle and adventures with the world-famous, international auction house, was in Las Vegas recently.

During his visit, he looked at the investment potential in the area, and he spoke with other antique owners who had experienced similar dissatisfaction with this particular auction house or others.

“Las Vegas is definitely a city of glitz and glamour. It seems that now is a good time to invest in property,” said Teshabekov, the young businessman based in the Republic of Uzbekistan. He came with another businessperson who agreed that the city was more than he imagined it would be and also thought investing here is promising.

Teshabekov enjoys traveling to places where he meets celebrities, political leaders and media personalities while he promotes his book and speaks about his personal adventures with his treasured carpet.

Teshabekov, who loves antiques, and because of everything he has learned from the Christie’s controversy, says he may want to open his own business auctioning or dealing in antiques.

Several celebrities have read his book and encouraged him.

It was the controversy over the author’s experience with Christie’s Auction House that led him to write about it.

“Christie’s Unmasked” is a real-life story about a young man’s struggles to get respect and fair treatment as he attempts to sell a 19th century, valuable, Persian carpet.

The book is much like a detective novel, full of intrigue, with a backdrop of a love story, and even includes murder attempts (which Teshabekov is taking seriously because he thinks it is “ironic” that two attempts were made on his life after the book was published).

One was made in his hometown where people followed him and shot at him, and the next incident was in London while boarding a bus, as he describes in his book. 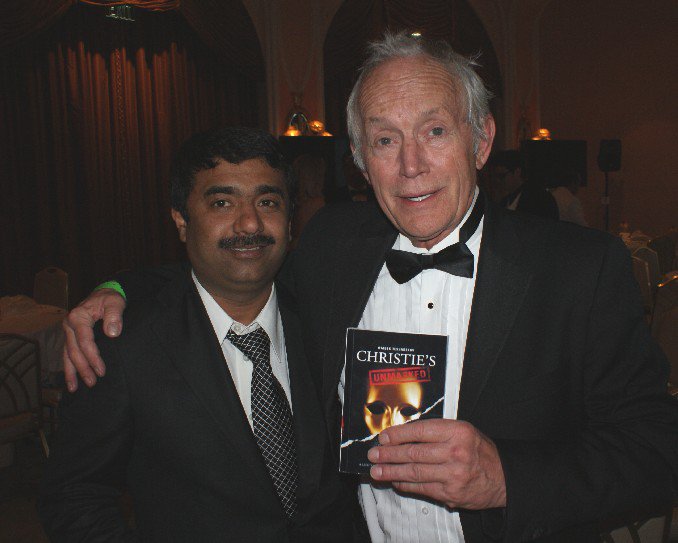 The adventure for Teshabekov started at Christie’s in London, but it has taken him on a journey to several continents and to the USA.

Teshabekov originally wanted to sell the carpet to raise money for his then-fiancee, “his Princess,” in order to buy a home and start a family. He eventually ended up going to Christie’s Auction House in London.

After first sending photographs of his carpet to the auction house, he was told by their representatives that his carpet was valued at about $120,000-$200,000. Not long after that, he was invited to meet with Christie’s representatives in London.

When he took his carpet to them, that’s when the conflict began: They told him it is not authentic Persian, but rather Turkish and not worth nearly as much as a Persian, he says in his book.

He disagreed. He describes his carpet and says others have confirmed it is actually a Persian Tabriz with a Safavid design by Hadji Jalili, a master artist. During that meeting, he was told by Christie’s that the carpet was only valued at $13,000.

He felt that it was an insult and that Christie’s was trying to take advantage of him.

With the help and support of some old and new friends, he then traveled to three continents to speak with other appraisers. One of them was a well-known appraiser in the United States, Allan Baitcher from Atlanta, Georgia. 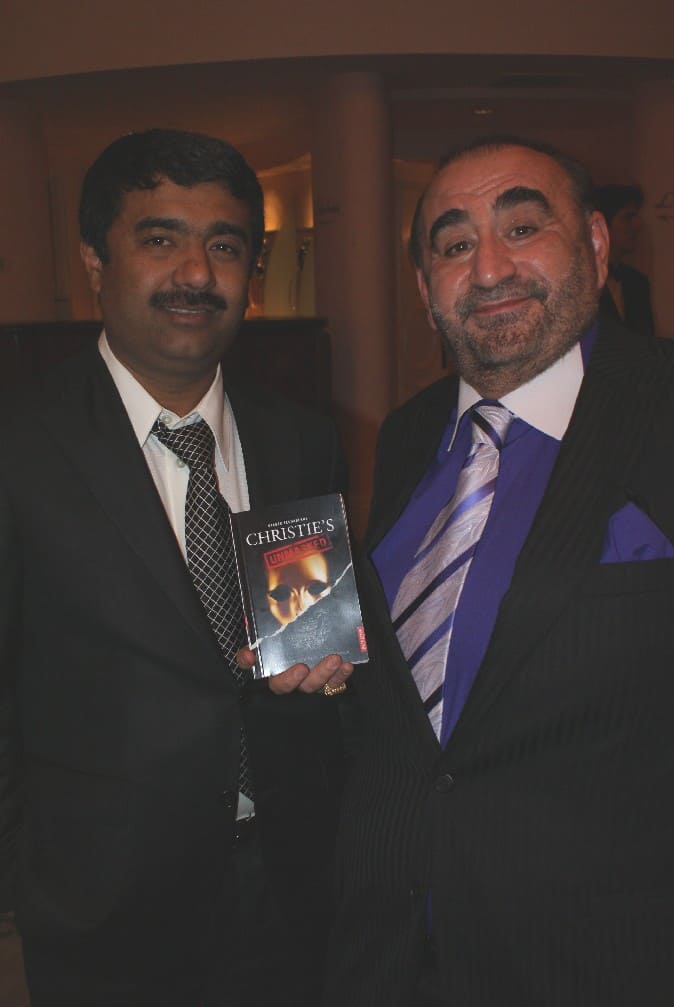 Baitcher gave him a written appraisal of his carpet valued at $350,000. It was certainly good news to Teshabekov, then in his early thirties. Because of Teshabekov’s principles, his convictions and his sense of honor, he decided to return to London to speak with Christie’s representatives again, only to find that they would not accept Baitcher’s appraisal.

After his dismay with Christie’s, he began to investigate the auction house and the industry, and he has spoken with others who told them they had similar or worse experiences. Through doing this, he was motivated to write his memoir and title it “Christie’s Unmasked.”

He also wanted to create a guidebook for beginners in the antique business and a how-to guide to help antique and rare item owners deal with auction houses.

For more information about the author, visit www.muboraks.com.