Pete Allman, known as “the man on the scene” in Las Vegas has produced over 300 half hour television shows, dealing with entertainment and the positive aspects of Las Vegas. Pete, reminds us of the old Vegas as it was in the 50’s, yet he has the exuberance of the new Vegas, something he’s been excited about for a long time. “I arrived in Las Vegas in 1978, when the boys were around. It was a close group of people then. That’s when I had a revue and was singing Sinatra tunes. Today Vegas is more of a big city, with a skyline that’s pretty impressive. 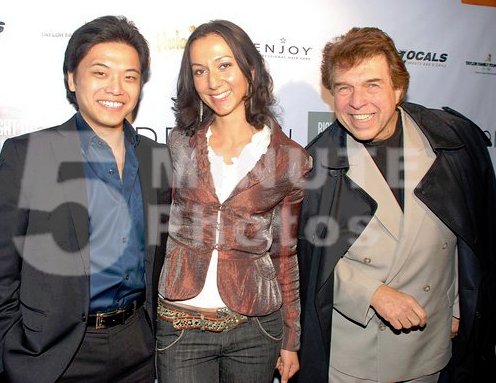 “In fact, the City Center is the direction Vegas is taking, attracting the international set of people,” Allman states. Allman on the other hand, with television shows he’s produced such as CMX Sports and Entertainment, and The Las Vegas Hollywood Report, could not find a place, where his shows would warrant national syndication. It wasn’t until a year ago, when Pete spent more time in Los Angeles that he met the controversial director, Damian Chapa, where his career would change. Allman states, “After interviewing various notables throughout my career, some 30,000, I met Damian Chapa at his premiere of Bad Cop.”

“I found him intriguing and a man who stood up to the politics of Hollywood. That’s when I decided to take a new direction and get involved with his company.” After interviewing Chapa about his film “Bad Cop” with David Carrodine and Bobby Fischer Live, Allman asked Chapa to have him write some articles and put him on red carpet. It wasn’t long before Chapa invited Allman to get involved in his company as a producer. It however came with allot of work.” Producing half hour television shows came easy for me. We would shoot for a day, then edit for about 12 hours and our show was ready for broadcast. Filming on the other hand is a different story. It’s fast paced and you work 12 hour days.” 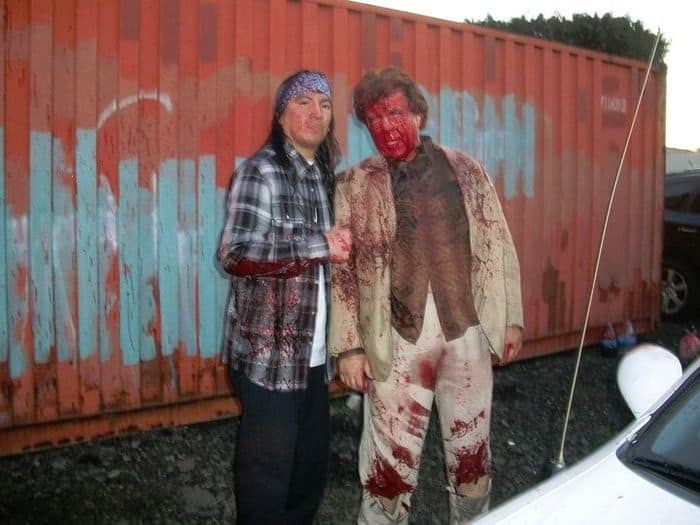 “A scene could take 5 hours. So it puts one to the test not just as an actor, but as a producer, making sure all aspects of the film are intact. That’s why it usually takes a month to shoot and another month to edit. However, the genius of Chapa is much faster. In the final outcome, it’s a beautiful work of art.” states Allman. As the saying goes, “it was a match made in Hollywood Heaven” when Chapa and Allman met. When asked what some of Allman’s more memorable interviews were, he pondered a bit, looked out the window of his office in Marina Del Rey and stated,” James Brown was clearly one of the most positive interviews.

“Mr. Brown was like my Brother. He always lifted me up in my spirit. Another interview that was very personal to me was Anthony Quinn. I had interviewed Mr. Quinn with his children in a private room in an art gallery at the time. But there’s so many, even Tony Curtis, who was not just a wonderful artist, but a fun person to be around was enlightening.” As I said good bye at the end of our interview, I couldn’t help but smile at Pete, noticing a twinkle in his eye.

I asked him what was next, and he smiled, “Vatos Locos.” It’s a film that’s going to blow up at Walmart and other areas on the Internet. One that will not only entertain the Hispanic population, but will cross over to all nationalities,” he stated. Allman and Chapa also have two additional films ready to be released. ““Brando Unauthorized” and “Killer Priest,” which they say are in negotiations right now.