Hilligoss Galleries, at 520 N. Michigan Avenue, in Chicago, Illinois has unveiled a rare Renoir collection of original paintings, prints, etchings, and bronzes, at their special show which opened on June 29th, 2012. The collection, by the legendary historic artist Pierre-Auguste Renoir, consists of many one-of-a-kind pieces unknown even to the finest of museums. All pieces are available for purchase and will be on display through July 31st, 2012, reports Tom Hilligoss to The Hollywood Sentinel. 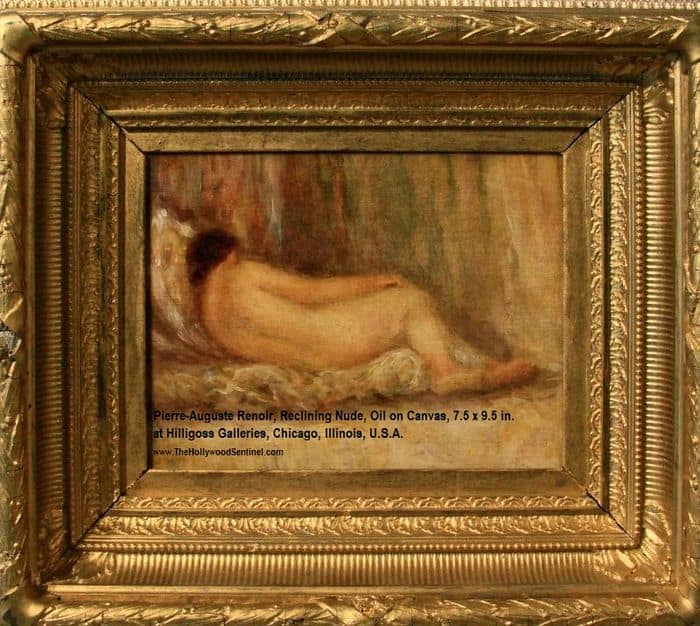 Most of the works were obtained by Gallery Owner Tom Hilligoss from an old Parisian family descended from Auguste Clot, the official printer for Renoir, who received the pieces as gifts. Some of the works are mentioned in the reference books, but have not been seen in over one hundred years. Two pieces are so rare, they were known to have been created, but were not found by historians when doing the Renoir catalogue raisonne.

The Parisian family collection was cataloged by R. Bruce Duncan, President of Chicago Appraisers Association. Mr. Duncan was completely stunned at the quality and rarity of the pieces and insists, “this is a once in a lifetime opportunity to acquire museum quality pieces at today’s economy prices. They are the best investment.”

The collection is crowned with a large charcoal rendering of Renoir by Marcellin Desboutin. This is the earliest known portrait of the artist, and has never been shown before, until now at the Hilligoss Renoir Show. Renoir’s family never cared for the portrait and it was given to Clot as a memento of the artist.

Hilligoss Galleries is located at 520 North Michigan Avenue, Suite #420 on Chicago’s Magnificent Mile, a part of the Nordstrom, Northbridge Shopping Complex. Gallery hours are Monday-Saturday 10 am-6 pm and Sunday 11 am-5 pm. Telephone: 312-755-0300.

Visit the gallery for upcoming shows and dates.