A 48 Hours Mystery special presentation Saturday night, Vanity Fair: Hollywood Scandal, appears to be the primary source for the reopening of an official investigation into Natalie Wood’s inscrutable drowning in the Pacific ocean 30 years ago. I failed to stay up late enough last night to see it, but fortunately, I discovered this morning it can be viewed on the internet. Three titillating vignettes of Hollywood intrigue are included, which suck you into the reasons why we are obsessed with the underbelly of Movieland.

These stories of scandal and intrigue a la Hollywood would appear to have a shelf-life stretching to infinity, as so lucidly exemplified by the ever popular lurid monograph, Hollywood Babylon by Kenneth Anger. And the sordid, unassembled details of Natalie Wood’s drowning has brewing, building up momentum over the past 30 years. Nothing is clear, everything can be called into question. CBS’ 48 Hours has opened a can of worms that can never be repackaged until the truth is finally unveiled!

The headliner vignette was told by Vanity Fair writer, Sam Kashner, and is framed by his fundamental question, “How did Natalie Wood end up in the water?” As you know, the boat captain for the Splendour, Dennis Davern, tells a very different tale from the one originally promulgated back in late November of 1981. Even though you are aware of what Davern is going to say (from hearing it on multiple talk shows), you still are electrified by his words of a massive cover-up, that talk over camera shots of a smashing wine bottle on a coffee table, or the actual Splendour yacht floating in the ocean. 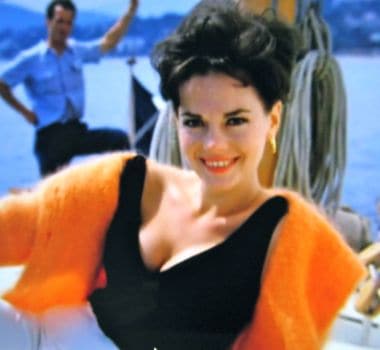 After viewing this Vanity Fair segment several times, as well as a number of other talk shows and readings of several dozen news articles, I’ve identified at least five inconsistencies (in the official account) that make it improbable that Natalie slipped in the water when unconscious, and drowned rather quickly.

1. Riga-mortis hadn’t set in yet when she was pulled from the water (as observed at her autopsy). Therefore, Natalie had been in the water alive for a number of hours after she entered the chilly Pacific waters.

2. The fact that she was still alive when entering the water is reinforced, if not proven, by witness Marilyn Wayne, who heard a woman yelling for help that fatal night. “Help me I’m drowning!” Marilyn was most clear about hearing these chilling pleas from a desperate woman.

3. Robert Wagner never mentioned that a violent argument with Natalie continues at the topside back of the boat, but Dennis Davern saw and heard the estranged couple arguing, in spite of his listening to very loud music on his stereo, purposely turned up to muffle the sounds of a bitter row.

4. Is the suspicious way that R.J. didn’t want to call the island, or the restaurant where they had dined (and where they drank ‘a volcanic amount of alcohol’), or obviously, placing a call to the Coast Guard. R.J. didn’t even want to shine searchlights on the murky water!

5. Is the more than two dozen bruises on Natalie’s body, that she may have received in that final violent argument with her husband, as reported by Dennis Davern. Notice, she suddenly goes silent. Had R.J. knocked her unconscious, then tossed her…..

The Gangster and the Goddess

My favorite was the second vignette, as told by Vanity Fair writer (for 15 years), Patricia Bossworth. I first read about the killing of Johnny Stompanato in Hollywood Babylon II by Kenneth Anger (must reading for such salacious dirt on everything Hollywood, going back all the way to the Silent Film Era). A mystery unto itself is why I so favor the second tall tale, but I fathom it’s because of the sexy superstar status of Lana Turner, as well as the enduring intrigue associated with Johnny Steele’s final demise. 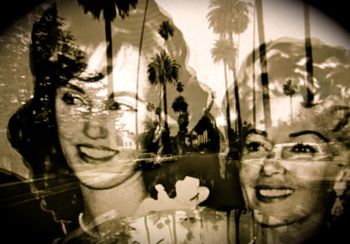 Two other oddities, no make that three, are recollected in this saga that still floors us today. One, is the way the crime scene was staged before the police were even called to the scene. There was no blood there, so where did Johnny’s blood go to? The photo of the sprawled out Stompanato totally dead is a continuous source of fascination for us. So, # two is how and why did Lana get tangled up with Micky Cohen’s bodyguard? # three is Lana’s Academy Award performance at her daughter’s trial, where Cheryl gets off with mere Justifiable Homicide. 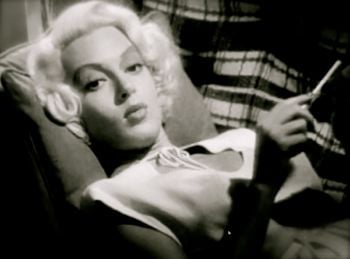 This caused me, as a sidebar project, to review the particulars of that classic, so it was a stroll down memory lane for just a minute; especially the thought of Goldie Hawn twisting away in a polka-dot bikini charged my dormant battery. Oh, once I come back to reality, I’ll remind you of George’s spotlighting of the infamous abode of Lana’s at Bedford and Lomitas, where the gruesome escapade took place.

The third vignette is told by Vanity Fair writer Brian Burrough, and is a tale about a mystery woman who cold-calls actors and rock stars, and is able to gain their confidence and become a major part of their lives as celebrities. The list of contacts phoned up (in the ’70s, ’80s, and ’90s) by Miranda Grosvenor is unbelievable, and includes: Robert Deniro, Art Garfunkel, Peter Gabriel, Eric Clapton, Quincy Jones, Bono, Buck Henry, Billy Joel, Ted Kennedy, and Richard Perry.

Miranda’s voice was seductive and mesmerizing for these isolated stars, who were drawn into Miranda’s trip of telepathic waves via skilled telephone communications, that could hypnotize. The stars got the impression Miranda was a feisty young blonde, about 23-years-old, who could maneuver these stars around like they were balls in an ancient pinball machine. The clearest example given is that Billy Joel used her as a muse of sorts when making his hit record Uptown Girl, and would play her fresh outtakes on the phone, which she recorded on her answering machine.

Another example is provided by Buck Henry, a writer for the original version of SNL in the 1970s, who received a random call from Miranda one night, where she gave him the impression she was an overseas operator. One story told by Buck Henry, is that when he was making an appearance on the Tonight Show one time, Johnny Carson told him he was coming out of the 21 Club, when a pretty young blonde said to Johnny, “Give him my love, if you see him again.” 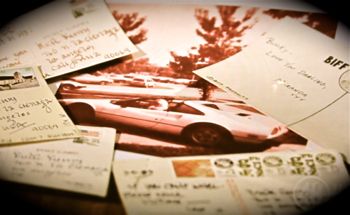 Later, Buck was able to see through the charade, since a pic sent to him by Miranda turned out to really be a popular fashion model. The famous music producer, Richard Perry, actually met with Miranda in NYC and found out for sure she was not a young blonde girl. Brian Burrough finally got to talk to Miranda, and we the viewers get to hear Miranda’s voice for ourselves. The conclusion reached by Brian, is that Miranda Grosvenor is genuinely charming to all of these men, so therefore is not a fraud, she’s the Real Deal!

* (An Epilogue of nonsense emerges seemingly from the pages of Lewis Carroll’s Through the Looking Glass.) Not Miss Manners mind you, but a seductress coming from a very different sort of ilk, a throwback to an unusual era when groupies had their own bag of tricks, their own art forms, that would allow them back stage with the greatest of the greatest! Miranda owned these guys!