Damian Chapa, the controversial writer, director, and producer, is set to release Killer Priest, through Amadeus Pictures in 2011. The feature film has Dr. Linda Misch, Faiza Saidi, and Gwen Calvo as Executive producers. Chapa directed the film along with co-director Mario Amadeu the Brazilian filmmaker.

Chapa said this film would lend a hand in opening the doors for films that deal with conspiracy. Chapa said Killer Priest deals with many controversial subjects, such as mind control and pedophilia by corrupted Priests that are actualy satanists. The film touches on the subject of MK ultra and Monarch mind control that were prevalent and used by the hierarchy of secret societies. 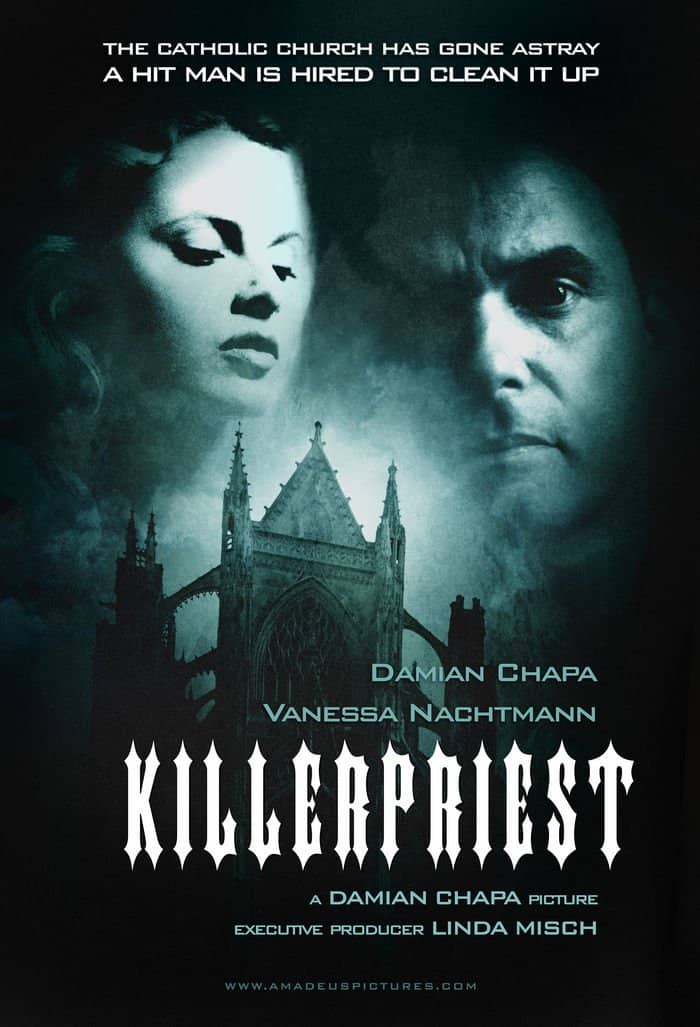 The main character is Joseph, a hit man played by Chapa. He is hired secretly by a religious group, that wants to get rid of corrupt priests who have allegiances with secret societies of satanic and illuminati origin, who are also part of a Pedophilia ring.

Chapa’s character, Joseph, tries to figure out who is involved with the plot to create a “New World Order.” However he finds himself in a great deal of trouble as characters in the shadows try to take him down.

During the course of the film, Joseph falls in love with a victim of mind control, Johanna (played by Vanessa Nachtmann). The only way for him to get out of the nightmare is to wipe out everyone that crosses his path.

Look for Killer Priest to be released early in 2011.