Nostradamus was a Frenchman that lived during the late 1500’s, and was paid by Kings and Queens to foretell the future. In addition to Nostradamus, numerous world religions believe in their faiths ancient texts as having the ability to foretell future events. Many also believe that, according to the Mayan Calendar, the world will end, as the Mayan calendar also ends, in 2012. Most all theories of an apocalypse have many similarities, as do certain other elements of world religions, such as the creation theory.

Some Nostradamus experts believe that his prophesies predicts the demise of civilization in 2012. Some Christians believe this as well. Other interpreters of Nostradamus believe that his quatrains, that is, his poetic writings which were written in metaphor to avoid persecution, can be interpreted in a number of different ways the reader may choose to. Still, others believe in nothing of an apocalypse at all, and believe only in what can be seen and proven by scientific method of cause and effect. 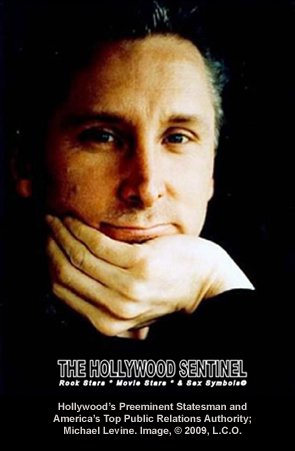 What science has proven to be true is this; that what we believe in, often does come true. If you get ten people together, and tell them all that they will all be destroyed in some manner, for example, and they all believe it, there is a good chance that they will be. Similarly, if you get millions of followers to believe that the end of the world will occur in two years, most of these people who believe it, will unconsciously do things to make it happen, as they believe it is their fate.

According to some Mayan Shamanic experts I have spoken with, the Mayan Calendar’s end does not connote the end of civilization, but rather, a new spiritual transformation for humanity, a reawakening of a positive nature. And so while some in Hollywood make films about the end of the world in two years, or post-apocalyptic landscapes with the latest product placement, those of us who know better, can try to forgive their ignorance, for they are contributing to the very mindset of the destruction of this planet that they are so blindly focused on supposedly saving.

One human being did not create this world, and one person alone cannot destroy it, or if it would be doomed. And so while we should all take responsibility for what we can to make the world a better place, a part of that responsibility entails making our own lives better, which starts from within. I urge you to focus on success each day of your life, instead of doomsday theories. Focus on prosperity, instead of ignorant bloggers who write articles about how the economy is ruined, or the like. Focus instead on how you will make ‘your’ economy, your life, your friends and families lives, and your mind and spirit better. And I’ll bet you, you’ll be here too, well beyond the year of two thousand and twelve. Then we’ll all be laughing at how foolish the worlds talk was, just as we did with Y2K, and all the other times it was preached by the masses that the world would end. We will have no time for an apocalypse, we’ll all be too busy working and having fun. I hope you enjoy the new issue.