How to Succeed in Hollywood

Bruce Edwin is a Los Angeles based talent manager and producer. What follows is a free ongoing article from his forthcoming book, “How to Succeed In Hollywood,” provided here as a free service of insider knowledge to aspiring models, actors, and bands.

Agents versus Managers, what is the difference and what do you need:

Agents can or cannot be SAG franchised. That means, they invite a rep of SAG to go to their office after filling out some paperwork, and the rep. tells them that they do or do not look like they are following the law and SAG rules for agencies. If they pass, they pay SAG some money for a fee, which by the way is not an endorsement, and then they are SAG franchised. Agents have to be licensed through the State. Talent managers do not get SAG franchised, and cannot legally negotiate money or paperwork, whereas an agent can. A manager needs a city business license only.

Most jobs via the breakdowns (the casting services agents and managers use for clients), are non negotiable. They state the pay, and the silent implication is take it or leave it, because if you don’t like the pay, casting or production can easily get someone else who will shoot for that rate. Only stars generally get rates negotiated. Top manager’s work with entertainment attorneys or SAG franchised agents that can negotiate or handle paperwork at their request.

The film industry started with studios that also managed and developed stars they produced. Therefore, Hollywood would not exist without the first managers. Yet, many amateur agents do not know this, and foolishly have a negative view of managers. Both are necessary. An agent will usually have more clients, sometimes 50 or more, and take a smaller fee, whereas a manager will have fewer clients, sometimes even just several or a dozen or even just one, and take a larger percent. Managers help build a team for the artist including the agent, publicist, attorney, and the like, and are often more involved in their artists career, yet it depends on the representation.

Agents and managers function can and often are one and the same. Though some do development, most managers only rep. more established clients, whereas agents may deal more with developing (grooming) artists to be ready for the marketplace. Upper level agents or managers rarely do this, as they simply don’t have time or care to take the risk in dealing with an amateur who may flake. Managers can also produce, agents cannot, although the top agents find loopholes in the law and do any way, such as the biggest firms, which get away with employing agents and managers both.

Any actor, band, or musician needs a great agent and manager in order to go to the top. If a model wants to stay at the amateur level, or not be very serious, he or she only needs an agent with a booker, but if a model wants to also act, or be a supermodel, they should have a manager as well. The management company I am with works with numerous SAG franchised agencies, so we automatically get any one that we sign placed with a SAG agent. The ideal scenario is to have both. We also get our more established clients publicists, and direct meetings over lunch with producers and directors.

How to get a S.A.G. membership card:

Being a member of the Screen Actors Guild used to mean that one was a serious, accomplished actor. It meant something, and deserved respect. Today, when someone tells me proudly they are SAG (short for indicating they are a member of the union), the first question I ask them is can they act. Most of them are surprised at the question, some of them get offended, and the ones that do get the most offended generally cannot act. Being a member of SAG these days is no longer an indicator that one has talent, with the voucher system.

Standards for acting ability have declined and are at an all time low, with wrestlers, boxers, and reality show “stars” getting paid more than some living legends of the silver screen who were masters of the craft of acting, with many actor legends unemployed, and relegated to doing autograph signings once a year at memorabilia trade shows. Still, as long as there are good directors and producers in business, there will be a demand for good actors. 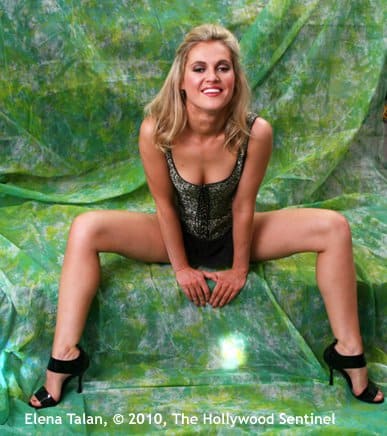 As far as how to get SAG, save up a little over two grand, which it costs to join, and be ready to show some skin if you are sexy, and you’re generally a shoe in after you have a good agent or manager. Realize however that once you join SAG, you cannot go back to doing non union work, ever, unless you go financial core, which I do not recommend, as it is considered hostile to the union. Also realize that if you pay to join SAG and cannot act, then outside of sex object based roles, you may not do very well. SAG background work is also an option.

If you aren’t sexy or willing to go that route, well then, you better actually learn how to do something that too many are opposed to learning to do in this town….ACT! Great actors are made, not born. And either way of course, have a great agent or manager. We can often help.

Don’t join SAG until you really know how to act, or need to in order to get a big paycheck with a reoccurring role. Otherwise, if you cannot act, you are going to decrease your odds of getting work by about eighty percent, by losing the ability to do non union work.SAG is still the most important union for an actor, and it is a must to join for any serious screen talent.

AFTRA (Actors Federation of Television and Radio Artists) is generally for soap opera work, and is good to join if you get the opportunity. It may be easier to join SAG after you are an AFTRA member. AEA is the Actors Equity Association, and is the union for stage actors. 99 seat theaters and below is non equity. If you can join equity, here again, you should.

How to get auditions on your own:

You can get access to the breakdowns on your own, but usually you will only get the actors side, which is about 20 percent of them, not the full amount. If you do illegally get the full ones, which you should never do, you will not be taken seriously by most professional casting directors, and will have no one to turn to if you need help.

The only reason to get auditions on your own should be to get more experience, and build up your reel and resume. If you want detailed free advice on how to do that, specific to your type and career, then you can call me and I will tell you if you are brave enough to make the call.

How to get in to see Casting Directors:

You generally don’t, unless you have an audition. However, if you happen to be on lot at a studio, and you know there is a casting director around the corner that you would like to meet, politely knock on the door, but you’d better be sure to have something ready to offer them, such as a bouquet of flowers, a box of chocolates, a pair of Sunday matinee tickets, a gift certificate, or the like.

I just spoke with one casting director, who said that she has helped break many stars in to the business, and has hardly ever gotten so much as a thank you card, which she said would make her very happy. Always send thank you cards!

If you have the audacity to barge in to a casting director’s office unannounced, be ready to duck if they fire a shot, or plug your ears if they scream at the top of their lungs. And you better be very sure that you give them something for their time after being so bold. And make sure they will like it! And if you do give a gift in this business, don’t give any food that is unwrapped or homemade that could be tampered with. Do not give gifts of meat or animal products, some of them are vegetarians. Avoid alcohol, or things that can spoil as gifts.

The other ways to get seen by casting are again, to cold call, get referrals, go to workshops where they charge you money to answer things like this, and pray they don’t kick you out of the door before they run out the back to their car, or, get a great agent or manager. And if you do to do a casting director seminar, be sure to give them your headshot and reel at the beginning or end, and try to get their card and ask if you can call them in a few days to follow up.

I hope this was helpful to you. Check out the next issue here, in which I discuss How much to spend on pictures, how to get free shoots, how to handle a phone interview and in person interview with an agent or manager, how to book your own tour, and more. Be sure to check out the back issues here in our archives section to see other issues of this article. As always, you can call my office or write me via the front page of this site for free advice.