NewsBlaze News
Home Entertainment Features How to Succeed In Hollywood – Should You Do Nude?

Sylvester Stallone was initially told by a producer that they would make his movie, but that he could not star in it, and could only have a small role. Even though he was broke, he held out. After being rejected many, many times, he finally got a yes. The legendary film ‘Rocky’ was the result of his perseverance, and his vision as an artist. The story of Sylvester Stallone is a great example of how to succeed in Hollywood despite any odds.

The following is free, ongoing advice to models, actors, and musicians from talent manager Bruce Edwin, CEO of Starpower Management, who has worked with hundreds of models, actors and bands, interviewed thousands, and works regularly with major pop, rock, movie, and T.V. stars and their teams as a producer and publisher. 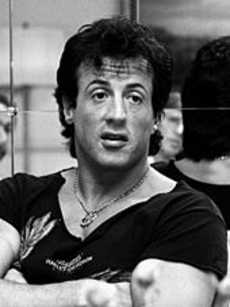 I keep reporting on more about this subject, for three reasons. One, there is simply so much regarding this area to cover, as words are so plentiful. Secondly, words are so powerful, that a few wrong words can mean the difference between a long term business relationship, and never hearing from that person again. Future successes can actually be made or broken contingent merely upon a few small words. And thirdly, I keep coming back to this area because I experience time and time again, actors, models, and musicians make yet another mistake that I have not written about, that I do not want to see you repeat if I can help you.

Let’s start with power dynamics. Now, I am not going to digress in to linguistics, political control theories, or the like. Instead, I will do my best to simplify this in the easiest way for anyone to understand. And that is, many people in power are control freaks. Therefore, if you are talking with an agent or manager, casting director, or even producer, or trying to get to talk to them, you have to remember this. Now, this is where the problem usually lies, because most actors, models, and musicians I have met similarly – due either to their great talent, beauty, insecurity, vulnerability, or perhaps all of the above, are similarly desirous of being very controlling. Consequently, you must constantly ask yourself;

WHAT WORDS, BEHAVIOR, AND ATTITUDE WILL HAVE THE MOST POSITIVE EFFECT FOR ME AND MY CAREER IN THE LONG TERM, DURING THIS CIRCUMSTANCE, TO GET WHAT I WANT?

I recently spoke with a model, and nearly every other word out of her mouth was ‘of course.’ Imagine a conversation going something like this, “Do you have tearsheets?” “Of course! You know, I mean, I know I need them and all, but I can get them, that’s not a problem.” Wrong answer. Aside from the fact that one cannot just go make tearsheets- they have to get hired to get them created. “O.K., can you bungee jump and sky dive?” “Of course! Of course I’m afraid of heights though, I wouldn’t actually like do it though you know, you can like get me a stunt double of course…” You get the point. The words ‘of course’ usually are not of course, not a known, for the words ‘of course’ signifies that something that should be clear and obvious. If something is clear and obvious to the questioner, then they would not ask the question to begin with. So, to say the words ‘of course’ will unconsciously effect the questioner negatively, whether they realize it or not.

Another scenario is someone asking you, “Do you have actoral training?” You may reply, “Of course!” Well, actually, it may have been an ‘of course’ to you, an obvious thing to you, but to the person asking the question, it was not apparent, it was not ‘of course’ to them, or otherwise they would not have asked you ‘of course!’ Got it? So, of course (just kidding), that is one simple thing that you can do to create a better energy flow between you and the person asking you questions. Do not say ‘of course,’ and do not come off with the attitude that their question is an obvious one. That attitude will make it sound as if you are arrogant, and perceive others as stupid. This may even be the case, but don’t let others know it! Instead, act welcoming of all questions, even the most silly, obvious, or even offensive questions, think momentarily about them in order to compose or state your words in the most intelligent, polite, successful way possible, and then answer with warmth and a smile.

Girls, do not go on any casting, audition, go see, open call, cattle call, photo shoot, or meeting unless you either know and trust the booker or agency who booked it, or know and trust the photographer. Regardless, always use good sense and if you do not feel safe, then call and let your agent or manager know. If you booked it yourself and do not feel safe, then have a tough male friend wait in the car for you nearby (don’t try bringing them into the meeting or on the shoot location, and don’t try driving them on a studio lot). If you don’t have a guy friend to bring and don’t feel safe going, then don’t go.

Always bring your cell phone with you, and keep it on vibrate. This seems obvious, but needs reminded again, do not lose the phone, and keep the phone fully charged. If you do not have a car charger, get one and keep it plugged in at all times you are in the car. Also, always carry with you in your purse; a can of mace, tear gas, or pepper spray (whatever is legal in your area). Always have a reliable car and full tank of gas, or a reliable driver with the same.

Do not be out on the streets walking to anywhere at night alone. And even during the day, avoid any less than total safe neighborhoods if you are dressed super sexy. If you are out and don’t feel safe, have some more clothes to cover up with or slip on in the car. A pro model always has multiple changes of clothes in her car, pressed and in a suitcase or garment bag. Don’t change in your car unless you are putting more on and not uncovering. Pop in a bathroom if need be, and make sure that too is safe.

I will cover getting around in Los Angeles in a future issue, however what you have heard here is true- public transportation in Los Angeles is among the worst in the country. Get a car, and avoid public transportation if at all possible. If you must take it, don’t flash valuables, be aware of your surroundings, and avoid travel at night if you can.

You’ve heard the line about not talking to strangers? Well, if you are a pedestrian, don’t. I recently saw two young teenage girls who didn’t look like prostitutes and obviously were not from Los Angeles stopped and talking to a guy in a car for a very good length of time. I observed they didn’t know the guy, and he was probably trying to convince them to get in for a ride. Do NOT take rides from strangers and (hitchhikers will not like this but- oh well), girls- do NOT give rides to strangers. Cars are too vulnerable of a location where a dangerous person can do things against one’s will.

This goes for the homeless as well. Many vagrants on the streets are not merely homeless, but drug addicts who- after they get you close enough to give them a few coins- may attempt to do a lot more. I once saw one dumb kid actually open his wallet and let a total stranger look for money to prove he had none to give. The hustler went through his credit cards and I.D. and would not give it back to him. You have got to be careful. There are charity groups that help the homeless and if you want to actually help them, there are safer ways to do that. We donate to one such group, the Midnight Mission, here in Los Angeles.