We spotted Scott DeFalco, recurring actor on General Hospital, in the Newsroom, Beverly Hills. We asked him what he was drinking and he said apple, strawberry, banana and wheatgrass. We asked him if he’s into healthy options because of his gig as co-host on the Steve Mason show but he said no, he was drinking it because it tastes nice. 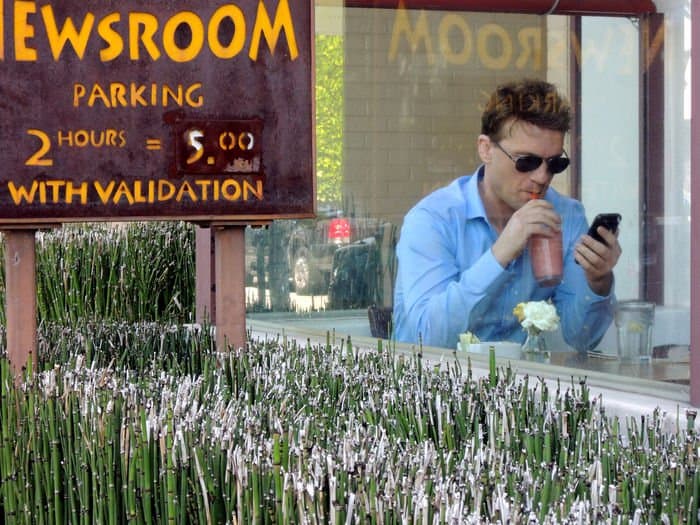 TIDBIT – General Hospital has been going for 50 years and there are apparently a group of fans who are petitioning ABC not to cut their show. If they do cut it, we’re going to lobby the Newsroom and get them to boycott ABC News on their bar screen. Careful, ABC, that’s one helluva busy bar.