Crowded, the new TV show reminds me of my own family situation in our early years. In the comedy, Crowded, life is crazy with a full house, especially the second time around.

In Crowded, Mike and Martina are empty nesters. They’ve had 20 years of parenting, and now they prepare to rediscover their own lives. Mike, played by Patrick Warburton, known for “Seinfeld” and Martina, played by Carrie Preston, known for “True Blood,” begin to reclaim their wild side. Unfortunately for them, this doesn’t last long, and both of their two grown daughters move back in with them. Next Mike’s parents change plans to spend their golden years in Florida. Now their home is full again. 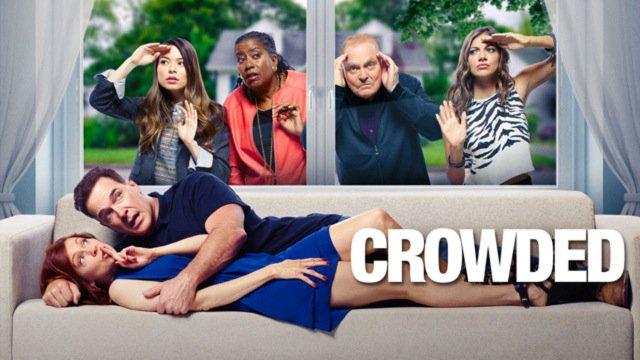 Four Generations Under One Roof Was More Than a Tight Squeeze

Family Ties: As in many families of the 1930s, four generations of family lived under the same roof, including great-grandparents and grandparents. Four generations under one roof meant more than a tight squeeze

Today’s kids are returning home to roost at an alarming rate, causing their parents to wonder what they’ve done wrong in rearing their beloved, albeit overly dependent, offspring. But take heart, Mom and Dad; the situation you find yourself in is nothing new. You’re not the first parents to welcome Junior back to the family domicile. Through the generations, kids have always had problems getting out of the nest – and staying there.

Actually, there’s an upside to this invasion of privacy you’re now experiencing. With a little mutual understanding and patience, the days you spend together now could turn out to be the best time of your life. I speak from the knowledge of living several years under the same roof with my parents, grandparents and great-grandparents. Those special years together remain a treasured part of our family history.

Our Version of Crowded

The year was 1937, and finances had forced Mom and Dad to return to Mom’s family nest. Dad, like many young men in our town, was working full time at the Del Monte canning plant. His take-home pay varied from $15 to $20 per week. With monthly rent and a wife and two small children, Dad’s paycheck was stretched to the limit.

Moving back into the crowded family home wasn’t easy, but eventually, everyone found a special role to play. Great-grandpa tended the vegetable gardens and pruned the fruit trees. Great-grandma canned and jarred the fruits and vegetables from the harvest. Grandpa Salvadore worked at his meat market, earning the income that sustained the large household.

The kitchen and household duties were Grandma’s domain. Each day the fragrance of her fine Italian cooking permeated the house, especially when she masterfully created elaborate after-church suppers.

Great-grandpa also served as baby-sitter. He’d gather us all around the crackling fireplace and spin exciting tales of his days in the Italian cavalry – days when he rode his trusty horse, Diablo, bravely into battle.

Living with my grandparents was fun for us kids, but Mom and Dad had to make some major concessions in order to maintain harmony in Grandpa’s house. Being a part of the “modern generation,” Mom and Dad followed the new styles. But Grandpa asked that his old-world ways be strictly adhered to while they lived under his roof. While Mom and Dad preferred listening to those “far out” sounds of Sinatra and Benny Goodman, Grandpa’s pleasure was a Puccini opera. While Mom and Dad liked to have a fashionable cocktail before dinner, Grandpa allowed only a glass of red wine or anisette liqueur.

It was especially hard for Mom, who, like most young women of her day, liked to wear makeup, red nail polish and her hair in a stylish pageboy. Grandma, with her old-fashioned, freshly scrubbed face, plainly braided hair, and neatly manicured nails – which had been good enough for the women in her family for decades – couldn’t understand Mom’s trendy ways.

But despite their differences, everyone somehow managed to get along. Eventually, each generation came to learn something from the other. Under Grandma’s watchful eye, Mom became a fabulous cook, learning secret family recipes. Grandma even came to wear a little of Mom’s red rouge, but only on special occasions. After hearing a mix of Crosby, Sinatra and Goodman records, Grandma became a fan of the upbeat sound. And Mom and Dad, in turn, widened their musical tastes to include Puccini.

From Great-grandpa and Great-grandma, I learned the wisdom of patience and to appreciate the little things in life. I remember watching them sit soulfully together under the shade of their favorite fir tree, patiently peeling the delicate skin from a soft ripe fig, and savoring sweet memories together as they enjoyed the delicate fruit.

From us grandchildren, our grandparents learned to rekindle in their own lives a bit of childlike anticipation for the holidays and to share our contagious, wide-eyed, excitement for each new day.

We touched each others’ lives in ways we’d always remember. It worked in the good old days, so why not today? Being crowded was not such a bad thing.