While acting schools are a dime a dozen in larger cities, particularly Los Angeles and New York City, most of them do little to truly teach the craft of real acting. Many instructors at many schools have either had little training, have little patience, or do not know how to teach a craft that some think requires no skill.

The truth is, acting is a skill, which takes years of training, such as playing the piano, to do it well. And while many schools claim to have the best new method, it is Stanislavski that created the foundation that most all acting is based on. One elite school, one of the few- still teaches the very foundation of that system- Stanislavski, which is a three year program, with no short cuts. One either trains and applies the techniques and gets it, or one does not, and does not learn. There is no fast track, over night program to becoming a great actor- it takes training, and hard work.

The Screen Actors Academy, located near Chicago, Illinois, is known internationally as an intensive acting program that prepares its performers for the demands of today’s film industry, teaching the pure form of the Stanislavski method. The lessons they offer include all aspects of acting, power audition, cold readings, monologues, earpiece, voice overs, business training and talent marketing among more. Students perform on-camera each week and practice:

-Acting skills and reacting to the camera

-Being creative, taking risks and developing an individual style

Trained by the Best

The owner of the school, Coral Rose states, “Although I am a director and actress, I am better known as a teacher and for my acting school, which offers 18 weeks of commercial training, one year of theatrical and one year of Shakespeare. I hold a degree in drama from Northwestern University, and have studied acting and directing under Ted Liss in Chicago.” Tedd Liss was considered one of this centuries greatest acting coaches, and Coral Rose trained with him for six years.

Coral Rose states that she strives to create supportive environments with the accent on individuality and personal attention, helping actors along on the wonderful and exciting journey towards being a master of their craft. She states that success means having a passion for acting along with dedication and hard work.

A Lifetime of Acting Experience

Coral, owner of Screen Actors Academy has been an actress since age 17, a teacher for 28 years and a director for over 30 years. Coral’s rewards have been numerous including the Golden Halo Award form The Southern California Motion Picture Council for outstanding contribution to the entertainment industry for three consecutive years.

Screen Actors Academy courses are reportedly rigorous; only those serious about acting will be considered. Voice and diction must be learned first at the school. Actors here have to develop a distinctive voice as well. By the time Coral’s students are at the end of her program, they have two hours of voice exercises to do each day. 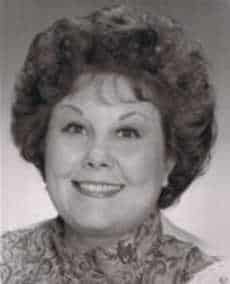 Coral of The Screen Actors Academy states that as each student progresses, her workshops provide them with the tools for developing the actor’s skills, stretching the envelope of emotions, and living in the moment. She reports that her on-going workshops allow actors to grow at their own pace, without ever feeling that one is in competition with anyone except oneself, and where beginners are always welcome.

From Chicago to Hollywood

Every year the students of Screen Actors Academy and Coral have taken a field trip to go to Hollywood to see the Southern California Motion Picture Counsel’s Halo Awards, and then to tour Paramount Pictures to meet legendary producer and publicist A.C. Lyles. A.C. Lyles stated, “I’m not an actor- thank God, but if I was, I would train with Coral.” One would be hard pressed to find higher commendations than that, from the man himself known as ‘Mr. Hollywood,’ who personally looked after stars and friends including Marilyn Monroe, James Dean, and countless more.

One of the industries greats, Coral has an integrity about her craft like few other coaches in the industry. While tough, her most serious students remain loyal to her for life, attributing much of their success to her masterful teaching of the craft of acting.

Coral may be contacted by phone for a free consultation, and for information on all of the courses and acting lessons she has to offer. The Screen Actors Academy is located in Plainfield Illinois, near Joliet, just a short drive from Chicago, and is not to be confused with other entities of the same name which have tried to falsely copy-cat her name based on her decades of experience and success.