Mackenzie Phillips’ recent confession of incest with her father, John Phillips (the founder of the Mamas and the Papas), is simply the hottest story I have ever heard of in my entire life! I believe that it will linger on the pages of newspapers for many moons to come. It has all of the ingredients of a popular story, and then a parcel more to boot. It spells out ‘Sex and Drugs, an’ Rock & Roll’ in capital letters, and is as imbued with ‘excruciating detail’ as any tabloid junkie might hope that it could be!

The odd thing is that I believe her sordid tale, I believe that she did have an affair with her own father for a full decade (1977-1987). Chynna Phillips, her half-sister, has verified that Mackenzie did call her from the airport in 1997, confessing to the affair, but which had ended ten years previously. Chynna makes this account, revealed so smoothly in High On Arrival, seem absolutely credible. 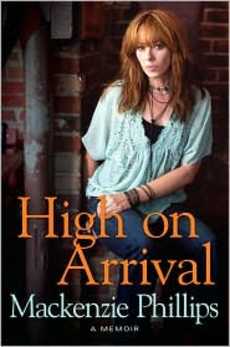 But why did she choose to just now ‘tell all’ ten years after she spilled the beans to her sister? I believe Mackenzie’s motive is a carefully orchestrated ploy to market her new book, High On Arrival. Her timing couldn’t be more perfect! John has been dead for nine years now and she probably has accumulated much debt from legal tussles and from not working much. But Mackenzie had an ace up her sleeve and opened Pandora’s Box when she appeared on Oprah Winfrey last Wednesday.

I am most curious to see her latest sales figures for High On Arrival. I suspect she will sell millions of copies, just because people will want to go over every last sleazy item for themselves, to see whether Ms. Phillips can turn their minds around and make them believers. She will be as rich as Oprah herself, pretty soon! The other marketing angle here is that sales of Mamas and Papas music will soar out the roof. I’ve already picked up an M & P Gold Record on iTunes just yesterday morning.

Naturally, magazines, newspapers, and electronic news services will run with this story for some time to come. It will double, maybe triple their circulation, so they would be dumb to not follow this obvious money trail. Ms. Phillips must have known that she was sitting on a pot of gold, and probably planned this whole thing out for years, in both her daylight hours and in the twilight hours of her sleep. She wanted everything to fall in place just perfectly, and then the royalties would be all hers for the taking, for the endless counting. After all, and as an eternal punishment, she still had to suffer from those traumatizing memories of what her father had done to her.

The fallout from this is that the free-music-scene-culture of the 1960s will take a major hit, will be denounced as decadent, irresponsible, and may even be characterized as just plain crazy! Papa John was one of the originators of this free and easy life style, where drugs and sex were thought of as simply natural. But now people are going to say that he took it way too far, that it finally came to incest, and it will be hard to argue with these fuel-injected holy crusaders. “Haight-Ashbury was a din of iniquity,” they’ll rant!

I will be so bold as to declare that this will be deemed ‘the story of the year for 2009.’ You will hear “all the leaves are brown” blasting out of car stereos and from the notebooks of ‘new professionals’ cruising the stalls at Starbucks. Nearly every American will read High On Arrival two or three times over, and get almost nothing out of it. But that is not the point here. Better yet, sales managers from hot Fortune Five Hundred corporations will beg for interviews with the brilliant little addict, Mackenzie Phillips. She will be so rich, even Steve Jobs will want her over at company headquarters at Apple Co.

Even Papa John himself will be smiling in heaven (or maybe Hell), as the royalties from his songwriting pile up like the gold bullion of Goldfinger at Fort Knox, Tn.