This is the true story of Ja and Antonia Zabinski, zookeepers of the Warsaw’s Poland Zoo. They risked their lives to keep many Jews safe from the Nazi Holocaust. This epic tale is unusual because this couple was Catholic and safe from persecution. They took many risks to provide shelter, as they were compassionate patriots.

Jan and Antonia managed the well-known zoo, which had a reputation of being one of the greatest zoos in Europe. The zoo was bombed during the invasion by the Germans and that created massive destruction. Shipping some of the animals to Germany was necessary to safeguard them from further harm. Then to make matters even worse, the Nazis came back to the zoo and killed many of the animals for sport by cruelly shooting them in their cages. 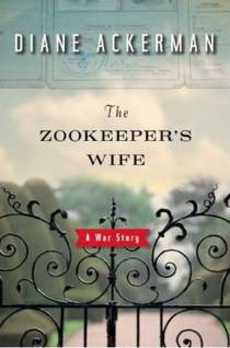 Jan and Antonina enlarged tunnels built under cages, erected false panels in the main house creating hidden rooms, and even zoo cages hid secret special guests. During this occupation, almost 100 people, at any given time, were living in these hush-hush places.

Antonina realized that if you hid people in plain view and acted as though nothing was amiss, the Nazis would not discover them. Even a housekeeper who cared for the home did not suspect anything, because the people, who were hiding, only came out at night! Jewish fugitives stayed in the tunnels or behind false panels during the day with a strict code of silence. Heightening the intrigue, the Nazis had an ammunition building on the property where they stored war supplies.

As a leading member in the Polish underground, Jan Zabinski considered it necessary to gain entry to the Warsaw Ghetto so he could save many Jews from the Holocaust. There were times when **Jan** was able to use his skills as an animal handler to further help people in the Ghetto. He had convinced the Germans to allow him to raise pigs at the zoo in order to feed German soldiers. He also used the pigs to feed his “guests.”

Diane Ackerman’s research into this book enhances this remarkable story as she unfolds many little known facts about patriots who risked all for their fellow citizens. This very unusual story can be a spellbinding movie. Pictures can display the exotic zoo animals among people hiding in tunnels and bombs exploding around them both trying to survive the Nazi invasion. This is a five star book that tells a very unusual epic adventure of survival.

The Zookeeper’s Wife: A War Story