In the overcrowded world of book publishing it has become almost impossible for independent authors to gain attention. Even the most promising titles are often drowned out by the mainstream publicity machine.

A machine that backs the more well established authors who can afford to put thousands of dollars into promoting their books.

So what hope does a poor indie author have in getting the much needed attention to claim their place in the mainstream?

The answer is “Book Wars” which is taken from the strategy rap artists use to make a name for themselves. Because many “beefs” are manufactured in the record industry to sell records and establish artists who would otherwise remain unknown.

This is the concept behind #BookWars.

You take a promising but unknown author/title and start “a beef” with an established author/title in the same genre – and presto – instant publicity.

And to popularize and demonstrate the effectiveness of this social media publicity concept. Indie author King Muhammad has declared a #BookWar against one of the most popular books in recent history. – Act Like A Lady, Think Like A Man by Steve Harvey

CLICK HERE https://www.amazon.com/dp/1540488969/ref=cm_sw_su_dp to read the official book review before you pick a side in this war of words. 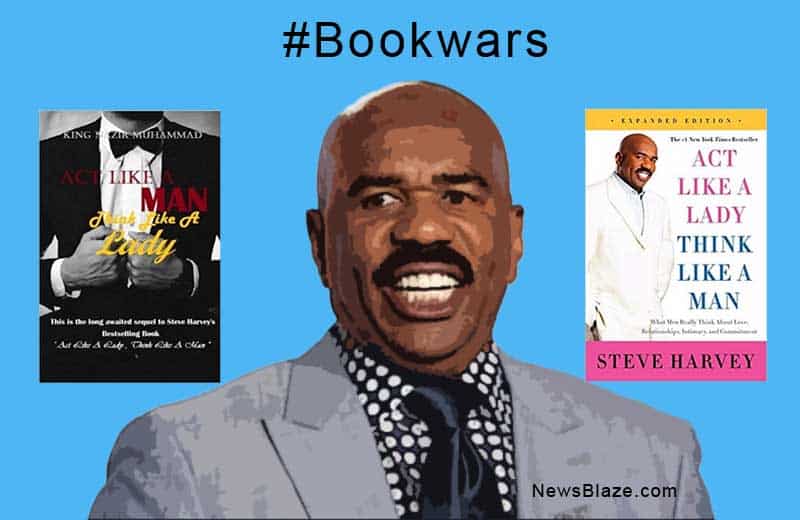 King Nazir Muhammad is a prolific indie author who has penned many books. Most of those books are controversial.