Today, controversial writer and prophet, King Nazir Muhammad, becomes the most hated man in the world among heterosexual men. This comes as he releases his most highly anticipated book “The Lesbian Bible.” As many may know, Muhammad made headlines in late 2014 for his controversial remarks on lesbianism.

King Muhammad is undoubtedly the most powerful male advocate the lesbian community has, because he sees it as a way to curb domestic violence against women. Now today, Muhammad feels that this sexual revolution is beginning to separate the sexes as he predicted. His book, The Lesbian Bible, is a way for Males to reassess their views on the female role, both social and domestic. 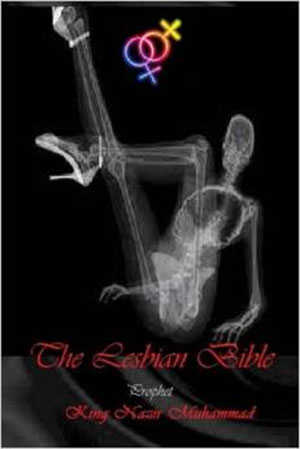 Prophet Muhammad believes that this separation of the sexes due to lesbianism is not permanent, but will last as long as needed for males to re-educate themselves. And Muhammad feels that his book is not a cure all, but simply shines a light on the problem men have to face to regain female attraction to the opposite sex.

Muhammad tells NewsBlaze that his book is being met with intense criticism for its honesty among gay men and women alike.

Muhammad says, “gays do not want equality with the opposite sex, instead they want homosexuality to be the New World Order.”

This is why his book is being met with much criticism, because it is addressing a problem that many do not want fixed at this point.

Those statements and the associated reasons make The Lesbian Bible The Most Hated Book in the World.

King Nazir Muhammad, The Prophet himself, describes his book as “The Formula” for creating lesbians. It is a must-read for anyone wanting to understand the appeal lesbianism has for the female population throughout the world.