“Where do we begin with this delicate subject of color and racism within a race – I call it intra-racial profiling – and how it affects our decisions about all relationships, including how we choose our partners? We must first stop judging each other based on the color of our skin…

These color distinctions are damaging our children, our people. As a dark-skinned male, I occasionally still have to deal with this sensitive topic myself. As a young man, I was scarred by the senseless jokes born out of stereotypes based on the shade of my skin.

Through each of the men’s interviews featured in this book, I grew and began to understand and heal. I became more empowered by the pride I have in my skin color. I want our children, regardless of their skin tone or racial makeup, to feel that same empowerment and pride.” 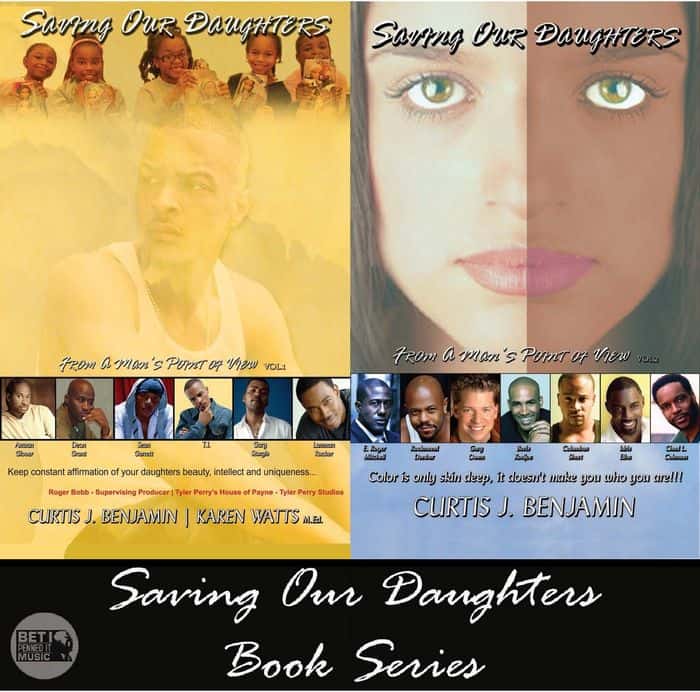 Excerpted from the Opening Monologue (page 11)

discrimination among African-Americans based on skin color the subject of the second in his Saving Our Daughters series of books. It’s an issue deserving of serious consideration. Like the author, when I reflect upon my childhood, I can’t help but recall how my friends and I gave each other cruel, often color-coded nicknames which had to do with your physical appearance.

Subconsciously, we were so heavily influenced by TV that the kid with no neck was called “Head and Shoulders” like the shampoo, while a brown-hued pal was referred to as “Yuban,” because of a popular commercial promoting a “deep, dark, delicious” brand of coffee. Personally, I was saddled with the moniker “Kraut” since my red hair reminded my buddies of the German soldiers in WWII movies. Back then, everybody had to have a thick skin, whatever its shade, otherwise the teasing would escalate into playing the dozens.

In retrospect, it’s easier to excuse such thoughtless behavior among youngsters than the deliberate mean-spiritedness which I would subsequently encounter during my college career. For instance, I’ll never forget the time I attended a party thrown by a black fraternal organization to which only light-skinned sisters were invited. That was my introduction to a pernicious form of self-hatred which I was expecting to be addressed by Saving Our Daughters, Volume 2.

Unfortunately, something must have transpired between Mr. Benjamin’s coming up with his brilliant idea and its execution, for his book devotes precious little attention to the question of black-on-black racism. So, what happened? My guess is that the author is the very creative type, given the unusual price of his book, $22.97, and his calling his Introduction an Opening Monologue.

The content of Saving Our Daughters is worthwhile reading, the only problem is that anyone buying it is likely to feel like the victim of a bait-and switch scam. For its pages actually address an array of different topics. First, there are interviews about raising daughters conducted by Benjamin with celebrities like Bris Kodjoe, Idris Elba and Columbus Short. And while these revealing tete-a-tetes might touch on the main theme, by no means is that the only one.

Secondly, the opus includes lots of letters sent in by people with personal problems, each of which is answered by some sound advice from Dr. Barbara Becker Holstein, a psychologist in private practice in Long Branch, NJ. Again, I have no quarrel with the quality of what the shrink has to say, but it’s bizarre when the book cover specifically claims to be “From a Man’s Point of View.”

In fact, in a section entitled Intermission, plenty of female celebrities weigh-in with pearls of wisdom, and the author has the good sense to accompany each of these beauty’s entry with an attractive, full-page color photo. Among the contributors there are Keshia Knight Pulliam, Sanaa Lathan, Taraji P. Henson, Keke Pamer and Nia Long, to name a few.

That chapter closes with empty worksheets for the reader to fill-in after pondering a question posed at the top of each page, such as: “If I am attracted to the opposite race, am I selling out my heritage?” or “If my daughter is involved in an interracial relationship and I don’t agree with whom they are dating, should I interfere?” or “My mother has been hurt by black men so many times that now she chooses to date outside her race. Should that concern me?” or “Should I continue to be friends with girls that made me feel less attractive because of my skin tone?”

A faith-based potpourri of sage insights which would have benefited immeasurably from a good editor capable of forcing the author to narrow his focus down to his stated agenda.

From a Man’s Point of View, Volume 2