“How can you get a woman sexually aroused simply by using certain words, your voice, and your overall conversation skills? Why do women pretend to be prudish when they are really open-minded, free-spirited, and erotically uninhibited? Why do some women pretend to be only interested in long-term, monogamous sex when in reality they have and will indulge in short-term, non-monogamous sex?

These are just some of the questions I will address in this book. Hopefully, after reading through it, you will have some of the answers and advice you need to improve your ability to verbally seduce those women who you are most interested in having sex with.” – Excerpted from the Introduction (pg. 8) 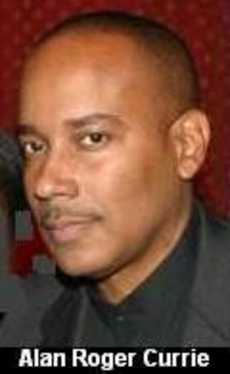 Judging by the statistics which indicate that 85% of African-American children are now being raised by single mothers, a lot of brothers probably prefer being players rather than daddies. If you’re inclined to spread your wild oats indiscriminately, but don’t have a lot of confidence, you might want to check out Oooooh… Say It Again, an unapologetic primer for men on how to be a womanizer. 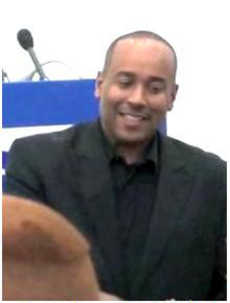 The book was written by Alan Roger Currie, a college grad with a degree from Indiana University in Economics, not Psychology. But that doesn’t stop this self-proclaimed love doctor from dispensing lust advice about how to approach females, whom he divides into four general categories: Reciprocators, Rejecters, Pretenders and Timewasters.

Assuming you’re the type of guy who’s only interested in one-night stands, he warns that, “If you are spending a lot of hours, days, weeks and months trying to get women who are Rejecters and Timewasters into bed, you are truly wasting your valuable time.” FYI, the former are females who are not attracted to you, while the latter are flirts who aren’t interested either.

And how do we know this method works? Well, the author is fond of recounting his own triumphs, in vivid detail, like the time he had four women at once. Such kinky sexploits led a backslapping pal of his to exclaim, “Alan, you da man!” before begging “You gotta teach me how to do that!” Thus, the idea of publishing his pearls of wisdom was born.

Everything you always wanted to know about sexual conquest but were afraid to ask.

To order a copy of Oooooh… Say It Again, visit: AMAZON

Mastering the Fine Art of Verbal Seduction and Aural Sex