I found in the dreary days of October 2008 that the evaporation of trillions of dollars of wealth has upon us the effect of watching matter being destroyed, of molecules simply coming apart at the seams, and suddenly the universe feels undone, much of our anger becoming nothing more than quiet obsequiousness. But some of the anger still roils beneath the surface, as the economic crisis tend to make extremists of us all, fracturing us along ideological lines of purity, wrenching the nation apart in philosophical gerrymandering. While it’s hard to convince people to embrace the tenets of conservative orthodoxy in times of destitution, the crisis also has the opposite effect of convincing others of the sanctity of market forces, though capsized, and the revulsion toward government meddling.

Crises are periods rife for finding a palliative voice in the wilderness that can express with clarity unspoken thoughts. Concerned citizens might pivot to the past for advice, finding someone like an Ayn Rand, whose books in particular rise from their low ebb and crest on the wake of a buildup in the hearts of frustrated citizens. Upon Rand’s death in 1982, William F. Buckley Jr. famously called her philosophy stillborn. But in a post-Rand world, everything seems to be post-Rand, shading all thoughts that have come since. Or perhaps her message is timeless and was simply waiting for Ayn Rand to come along and say it. 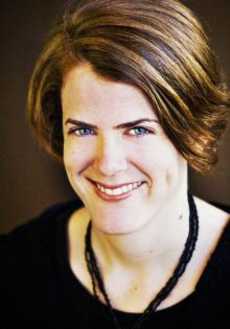 And so it is a felicitous time for Jennifer Burn to release her book, Goddess of the Market: Ayn Rand and the American Right, a lovingly crafted piece of scholarly work, thrifty and concise, that follows Rand’s shifting sands of ideology. The biographical hazard of any author is that the audience can come to understand the events of a life without understanding the person. But Jennifer Burns has spent eight years researching newly available documents in order to create a more balanced biography of Rand’s life that explores every mental pivot and philosophical invention that made Rand the force she continues to be today. This book is for people who are interested in the particulars of Rand’s life and ideology.

When examining the philosophy of an historical figure, a human contradiction immediately emerges: we develop in reverse. Far from being blank repositories, open rooms for rent, most people have begun to adopt systems of thought before they even learn how to walk. By the time that rational thought is endowed, the world is shaped in our minds. We have already lost the ability to define it from scratch.

Instead, much of our worldview emerges from a marketplace of establishments like a church or community offering already pre-existing human conditions. Memory only follows philosophy, the formation of which recedes into some vague, forgotten past, and having only the ability to mold what’s already there, our views become default in our minds, occasionally reordered by new events.

And so it is rare to construct a philosophy of life in an act of pure invention, seeking out all of the dark corners that define our being and illuminate them, unmoored from any previous conventions. This was Ayn Rand’s genius, to synthesize her referendum on individualism, and also her contradiction: her assent to individuality was as much a construction of events around her, the early life she spent in communist Russia, which drove her to reject nearly all forms of collectivism, yet fueled her unique philosophy, as old as Aristotle or Kant or Nietzsche, but relevant for a modern age that throws into question the necessity of religion and state control.

She was, in strange ways, elitism without privilege, popularity without movie-star fame, a feminist without the label. Even rarer is someone who can claim to have his or her philosophy critiqued by a videogame: in Rand’s case, Bioshock (the game’s main antagonist, Andrew Ryan, was surely an allusion to Ayn Rand).

One of Rand’s most laudable aspects was her triumph of reason, often to the detriment of the social aspects of man. Her relationships were bound by intellectual agreements, and yet many of her relationships exposed the individuals to the very reliance that seemed to contravene her philosophy. This leads to a larger criticism: in her attempt to create a unified theory of the human mind, she misunderstood certain aspects of economics, biology, and psychology.

So, at times, the stoical Ayn Rand was a breach of her own philosophy. For all her talk about individualism, perfidy was rarely tolerated in her small circle, which was composed of individuals who wandered into her orbit and had not the velocity to escape. Her inherent magnetism was her unforgettable feature and the closing deal. Followers described her books in the language of a spiritual experience, having been reborn into the world from an amniotic beginning, struggling to break free from the fortified feeling of enclosed space.

But her philosophy withers when it threatens to define her whole persona. She was a complex individual, undergoing constant drift and change, beyond what one system can tell. Her views were so fluid that movement through the book represents an evolving Rand, subject to philosophical selection. You can turn to any one page and find a different state of consciousness existing in a specific point in history. Jennifer Burns does an excellent job hinging these moments to pivotal events in Rand’s life.

Rand was also the hero of her very own narrative, like a noir character, tough yet romantic, a true pillar of individualism, with the kind of intractability that lent her the will to dream and live out the real-life story of her ascendancy and success. Her focus on the act of individual creation is itself almost artistic, and in many ways she presaged the auteur movement in cinema, which is a theory about the way in which a director flexes creative control over his film.

But filmmaking also offers an argument for a more balanced approach, since it is also a collaboration. Just like a director relies on costume designers and editors, Rand also had others to thank for her success, as part of a society that reinforced her innovation. She may have been an individualist, but she was an individualist in a collaboration of individualists, which is at any one moment a contradiction or a firmly embedded truth.

Goddess of the Market spends a fascinating amount of time trying to locate Rand in relation to those in the political firmament. Anarchists, libertarians, and conservatives alike try to claim pieces of her, but her assent to atheism, human-based morality, and abortion rights made her an original. While locating her within the context of American politics, Ayn Rand continues to be an endearing figure.