Dr. Uner Tan, discoverer of the Uner Tan Syndrome – which tabled a strong case for reverse evolution in humans – has published a new case report titled “First Quadruped Man Was Found In Turkey A Hundred Years Ago” (26, October 2010) that tells about the first quadruped man living in Turkey about a hundred years ago.

Published on Web Central along with Dr. Burak Koroglu, the case report refers to the photograph, captured by British traveler W. J. Childs, of a quadruped man near the middle Black Sea coast in 1914. This would make it the earliest case of a quadruped man instead of the quadruped family reported by Dr. Tan in 2005. 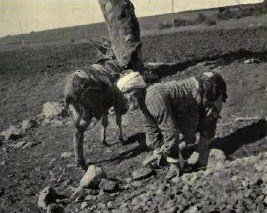 The man in Childs’ photo is said to have belonged probably to a Greek family, since Havza – the place where the photo was shot – was inhabited mainly by Greek people during the Ottoman Empire.