The Child Abuse Survivor Project is non-fiction book and consists of short, warm, heart felt stories of the fight for everyday survival. “The Preacher’s Kid….by Anonymous” is just one of the many survival stories that will touch your heart and soul.

The day was blistering hot and I could hardly breathe. I was sitting on the edge of my bed waiting for those dreaded footsteps clunking toward my room. I was sweating and scared of what was to come. I tried to whistle a song in my head, but I could not because the fear was overwhelming.

Beads of sweat dripped off my forehead and into my eyes burning ever so slightly, but nothing in comparison to what I would be receiving in the next ten minutes. I was terrified of my father especially when I had done something wrong, especially something THIS wrong!

I had gotten a hold of my father’s ammo stash the day before last. I had taken it to my friend Steve’s house (about twenty rounds of .22 caliber shells) for the night. We had a small bonfire and Steve and I thought it would be exciting to throw the rounds into the fire and run for cover. Needless to say one of the rounds found it’s way through Steve’s picture window of his home. Steve was told we were lucky to be alive by his parents and was hugged and told to never do something like that again. Well they called my parent’s to make sure that they knew I had stolen the bullets from their home and that everyone was okay, but I had a window that needed to be replaced and payoff. My father was away on business (the Lord’s business) and my mother was just happy everyone was okay and apologized profusely over and over again. I then waited in fear until the day my father arrived back home to receive my punishment. 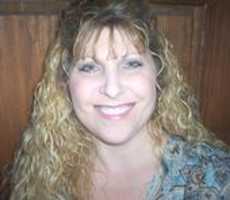 Now I could hear the heavy footsteps…clunk, clunk, clunk…and my heart beating faster and faster as if I had just ran a mile as fast as my little ten-year old legs could carry me. As I heard my door handle move I exhaled a deep breath and clenched my fists in dread. Tears began to flow before the door even opened. I was trembling and felt so weak and alone and vulnerable like I was a little fawn being torn apart by a big bear. My father spoke, but it was not consoling by any means. He said in a thunderous voice “Boy, don’t you know thieves will not enter God’s kingdom?” He threw me off my bed with one swipe of his hand and marched over to my closet and grabbed a hockey stick in one hand and a aluminum bat in the other. “What will it be boy? You will respect God in this house or his wrath will be unleashed upon ye!” he yelled at the top of his lungs as a spray of spit spewed from his mouth half way across the room. The next thing he did was grab me by my hair and lift me from the ground up to his face and then tossed me onto my bed in one smooth motion like I was weightless. As I looked up and started to mutter Sorry I saw a flash of the hockey stick coming out of the corner of my eye and that is the last thing I remember.

My mom had a zip lock bag full of ice on the top of my head when I became conscious again. The room was swirling as I tried to focus my eyes on my mother’s face. I saw the hockey stick splintered in a pile by my closet. It was now dark outside so I asked my mom what happened and what time it was? Mom said, “You just mind your Pappy” and walked away as quickly as she could without explaining anything. I wandered into the bathroom across the hall on shaky legs turning on the light. To my shock and disbelief I had three bumps on my head an inch or more tall.

I had a monster goose-egg over my left eye and my lips were both cut and swollen. I looked like I had been in a car accident that I was lucky to have survived. I looked intently in the mirror hoping it was not me looking back. I slowly turned to see my back bruised and scraped and a cut from the top of my neck down to my shoulder. I pulled my pants down to look at my butt to see what he had inflicted there, but to my amazement there was not a mark on it, but below it on the top of my legs down to my calves were blistered and swollen. No wonder it had been so hard for me to wander the six feet from my room.

As I stared into the mirror my eyes changed from shock and disbelief to anger and hatred. I knew Mother was scared of Father, but I knew from this moment forward I would hate his very existence and would not bow in reverence to his God. I could not rap my mind around the fact that he is supposed to love and guide me (especially being an Evangelist of God) through these young years. I knew I had done wrong and deserved to be punished like so many times before when my bottom had been spanked by his welting power with my own belt. I was in utter disbelief at the punishment I had received by my hypocritical Evangelist – in the name of God- out of control father. At ten I knew I would never love him the way I was supposed to love a father. My mother was never respected from this day on for allowing it and not doing anything to get me away from the “Devil’s Spawn” in which I refer to him now.

Now twenty-nine years later I still have issues with love and happiness because of a man who could not control his anger and a woman who would not protect her only child. I have always wondered how my life might have changed if I had only gotten the normal beating instead of what that ten-year old boy got (which had been beat within a couple smacks of death). I have not seen either of my parents in twenty-three years and would never let my children near either one of them. I finished up my high school days in foster care (thank God for that). I discipline my three kids, but would never dream of hurting them physically or traumatizing them in the way I had been traumatized.

Thanks for listening to my story of the bullet incident and I hope someone can relate or learn something from it.

PEACE AND LOVE TO ALL THE CHILDREN OUT THERE!