“D.C. Unmasked & Undressed is a memoir. The story of my life includes events, characters and insights related to my miserable childhood, my legal career, and my varied sexual adventures. It can be summarized as: Girl from dysfunctional family meets boy from same…

I worked hard and played hard, too. Along the way, and for several years, I was the not-so-secret lover of a sitting Supreme Court Justice who has recently published his own memoir… His name is Clarence Thomas.” 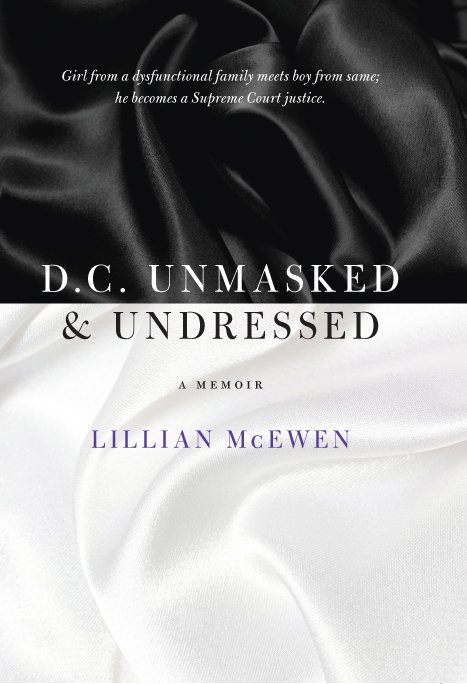 When Clarence Thomas’ wife, Ginni, placed a phone call to Anita Hill last fall asking for an apology for the tawdry testimony during the Supreme Court confirmation hearings which had almost torpedoed her husband’s candidacy, little did she know the extent to which the ill-advised request would only open up a can of worms. For, not only did Dr. Hill reaffirm her allegations of sexual harassment, but the rekindled controversy inspired another credible witness to step forward finally in defense of the sister.

That would be Lillian McEwen, a retired federal judge who broke a 20-year silence to announce that she’d dated Justice Thomas for many years and that her esteemed colleague and boyfriend had indeed been addicted to pornography as alleged by Anita under oath. In fact, Lillian even went further, confessing that she and Clarence had both been sex freaks back in the day, indulging in threesomes together, and even copulating in front of strangers at swingers’ clubs like the legendary Plato’s Retreat. 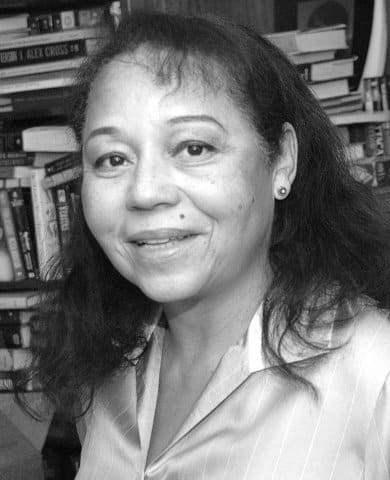 What makes Ms. McEwen’s revelations so damning of Thomas is that at the time that they were an item, he was serving as Chairman of the Equal Employment Opportunity Commission at the pleasure of President Reagan.

In that capacity, ironically, he was presumably the top federal official charged with fielding complaints of sexual harassment. Yet, according to his ex-lover, he hired and fired his own female staff members based on their appeal as prospective sex partners and their tolerance of his awkward advances.

Curiously, back in 1991, then Senator Joe Biden declined McEwen’s offer to appear before the Judiciary Committee investigating Clarence. Today, she still feels that the nation would’ve been spared the arch-conservative’s serving as the swing vote on so many the Supreme Court decisions had Committee Chairman Biden merely opted to allow her to testify about the “real Clarence” rather than inexplicably run interference for the embattled nominee.

Consequently, the previously-promiscuous jurist has had to settle for belatedly publishing this juicy memoir which blows the sheets off her lascivious liaisons with Clarence as well as a number of other District of Columbia political power brokers. The jaw-dropping tell-all is reminiscent of Karrine Steffans’ “Confessions of a Video Vixen” which exposed the wanton debauchery of many a Hollywood icon.

Here, hedonistic Judge McEwen recounts raunchy romps ranging from the conventional to the kinky, including wife-swapping, threesomes, group gropes, and even a homoerotic session with a couple of brothers ostensibly on the down-low. As if on truth serum, the author almost compulsively admits to such conduct unbecoming as cheating on her first husband while she was pregnant and climaxing a half-dozen times in a strip club while receiving a lesbian lap dance and being pawed by aroused customers.

To her literary credit, Judge McEwen does exhibit a romance novelist’s flair for the sensual, deftly turning a profusion of titillating euphemisms, whether she’s being “kissed into oblivion” or inducing “a symphony of soft moans” from a satisfied lover. When not imaginatively invoking readers to the point of arousal, she devotes considerable time to reflecting upon the abusive childhood which apparently triggered the insatiable, lifelong lust in her loins.

This trait might have made the similarly-damaged and sex-driven Clarence Thomas her ideal mate had it not been for his right-wing political philosophy. Instead, despite his prodigious performance in the sack courtesy of an elephantine, ever-erect phallus which felt like “velvet-covered cement,” McEwen regrettably decided to decline further stud service when she could no longer ignore “the speeches you give all over the country.”

She especially didn’t care for “The Republican’s” (as she referred to him) contempt for his own kind, evident in his favorite saying: “[N-words] and flies, I do despise. The more I see [N-words], the more I like flies.” The African-American community owes a debt of gratitude to Lillian McEwen for correcting the historical record with this salacious page-turner confirming most folks’ suspicions regarding a self-hating Uncle Tom whose sordid sexcapades give a whole new meaning to the phrase “Here come da judge!”