With Amazon.com dominating the online marketplace, and now opening brick and mortar bookstore chains, it is almost impossible for any bookstore to compete. This is the dilemma for not only the mom and pop bookstores but for the majors like Barnes and Noble.

For decades, Barnes and Noble has been a landmark bookstore for coffee drinking book addicts. That was until Amazon came along. Now what was once considered and treated as a national treasure is slowly become obsolete thanks to technology. 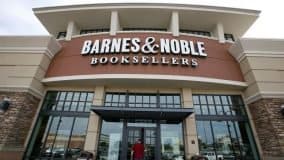 B&N has reported declining sales and worker layoffs for months, and even a decision to continue closing stores around the country. But could this be the end? What could bring a new generation of readers back to the stores to gossip over the latest release while sipping on a latte?

Many believe this grand old lady must put on her stilettos and get hip to the times. And in doing so she must understand that to dominate the culture, you must accommodate the culture. That’s what Prophet King Nazir Mohammad says.

He says if you look at the culture, it is more than obvious that the older readers B&N is accustomed to accommodating are gone. And the younger generation is indulging in the LGBTQ lifestyle and their literary interests are far from anything their parents were reading 30 years ago.

This is where GAY LIT comes into the equation, the prophet says, because it accommodates the rapidly dominating popularity of the LGBTQ lifestyle. A lifestyle that is becoming the norm all around the world among today’s youth.

But Barnes and Noble has a reputation for being the grand old lady that only accommodates conservative coffee drinking readers. Those youthful readers looking for more gritty topics that highlight their new age everyday reality have no choice but to go online.

But lo and behold, as the prophet says, Barnes and Noble is slowly conforming to the times as their website now features a controversial book in the gay lit universe called The Lesbian Bible: Man’s Version. – See by CLICKING HERE.

Certainly it is a shocking introduction into a new phase of book selling aimed directly at today’s youth. And possibly an experiment to see if gay lit is the future of the literary industry and the savior of the brick and mortar bookstores.