Are you a true crime junkie who loves to read captivating stories about the alluring, seductive, dope game that has the unrequited power to propel one’s life into a mode of money-hustling, ‘get rich by any means’ phenomenon? The real-life dope game often parallels into a dangerous underworld of shrewd and colorful players; it is a game dominated by flashy, powerful and rich, ruthless drug kingpins. 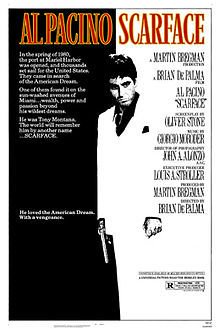 There is a helluva new book just waiting to fulfill your expectations and give you an exciting read about a string of true-life stories of drug lords whose crimes of ‘blood and money’ inspired the makings of the iconic movie ‘Scarface’ and Miami Vice TV series. So if you’re interested to dive into real lives of world-class drug kingpins that will make imaginary dope dealers on TV and movie actors who portray drug gangsters appear comical, then go no further than Amazon and buy Roben Farzad’s new book: Hotel Scarface Where Cocaine Cowboys Partied And Plotted to Control Miami, published by Penguin & Random House Group.

Or if you prefer to grab this Amazing book quicker, rush over to your local book store and buy it in person. It is worth every dollar you spend on it.

Hollywood Scarface Author Roben Farzad retells the fascinating story of a lurid, electrifying and mind-boggling description of the Miami cocaine trade during the disco era of the 1970s’ and 1980s, and of the notorious kingpins and smugglers who ruled the trade with an iron fist of violence. After the Cuban exiles forged an alliance with Colombia’s Medellin Cartel, Farzad’s book recounts how the kingpins flooded the city with enough white cocaine that the amount worth billions were capable of re-creating Miami into a miniature version of the north pole, transforming the Magic City from a luxurious retirement community for the comfortably wealthy, and the rich and famous, into one of the country’s hottest spots for the dope trade. Drug related crimes were rampant and Miami’s homicide rate tripled, prompting Time Magazine in a cover story to label the city ”Paradise Lost.” At the helm, prior to the ceasefire rivalry, was a power struggle between Cubans and Colombians over which group would reign as the cocaine kings in Florida and throughout the nation.

”Miami was like Colombia in the United States,” says Lewis Rice, a retired street-level DEA investigator and retired Special-Agent-in-Charge of DEA New York division. Former agent Rice worked high-level narcotic cases in Miami between June 1984 until December 1986, during Miami’s cocaine epidemic that galvanized the city. Rice earned his first promotion as group supervisor in Miami upon his return from working cases in Montague Bay Jamaica. Rice said many books have been written to sensationalize the Miami drug trade. Yet nothing can beat when one has a front row seat to all the action, particularly when 50-60 kilos of cocaine would float onto the beach. And murders related to the dope game were carried out with ferocity.

”Cocaine was washing up on the beaches and everybody in Miami had guns and drugs. We made lots of arrests,” Rice recalls. Rice’s career as a DEA agent led him to work on some of Harlem’s biggest hitters in the heroin trade: Nicky Leroy Barnes and Frank Lucas, whose life as a dope dealer was made into the popular movie American Gangster starring Denzel Washington and Russell Crowe. “I dealt with Lucas when he flipped and gave up other drug dealers to reduce his time,” Rice explains.

At the center of Miami’s sordid history and where cocaine deals worth multi-million dollars took place, was the Mutiny Hotel and Club located at 2951 S. Bayshore Drive in Coconut Grove. The Sodom and Gomorah Mutiny Hotel operated with impunity under the closed but open eyes of crooked cops while other good cops were unable to keep up with the frenzied pace of the drug trade working from within the Mutiny and throughout Miami.

And, in essence, the drug trade in Miami, just like art imitating life in the movie Scarface, Farzad says, “it just became so violent.” 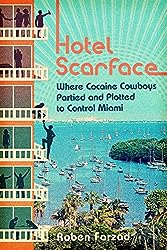 Born in Iran, the book’s author, journalist Roben Farzad was raised in Miami. In an interview with PBS news, Farzad said, “When cocaine came to town it was so ridiculously profitable, so seductive, until it made people do such crazy things in the name of money, power and bloodlust.” Farzad compared the illegal drug culture in Miami as something equaled to, “approximating a failed state by 1981,” Farzad recalls. In his book, Author Farzad deftly paints the Mutiny Hotel as Miami’s version of the Tropicana Club. Yet those familiar with the Mutiny say the atmosphere of drug kingpins and celebrities actually surpass the notoriety of the Tropicana and New York’s now defunct Studio 54. At the Mutiny, Farzad’s book recalls how rich celebrities partied down and even hustled with cocaine kingpins while undercover drug agents gradually built airtight cases against the colorful cast of lawbreakers.

The book touches on political relationships with Cuba and the refugees who fled to Miami when Fidel Castro took control of the country which further explored the many ways drugs enter the country and how infighting allowed the feds to flip arrested suspects into informants against the kingpins and other big shot dealers. Immersed in the drama were kingpins Sal Magluta and Willie Falcone who rigged their own conspiracy case worth over two billion dollars, the biggest cocaine conspiracy trial in history.

Packed with exclusive details together with official court records including in-depth interviews of key cocaine players and law enforcement officers whose tenacious dedication focused on disrupting this widespread narcotic operation at the Mutiny. Farzad’s book skillfully and compellingly recaps the memorable history of the infamous Mutiny Hotel and the Sailboat Bay Nightclub.

Farzad writes, “Opposite the hotel, a marina led out to to a bay containing more than one hundred boats,” and that, “giant yachts ferried area regulars like the Bee Gees and Richard Nixon – to land.” Even Miami Vice TV actors Don Johnson and Philip Michael Thomas who had a room at the Mutiny often dined there while seeking out real-life drug dealers to play themselves on TV.

The Mutiny club was so popular with kingpins, ex-and-current politicians and celebrities, until during an FBI & DEA covert operation for the agents to gather evidence to take down Miami’s most powerful and dangerous drug lords and killers, “an FBI wiretap failed to pick up incriminating evidence because agents couldn’t hear what their targets were saying over the voice of Liza Minelli yelling for a friend to give her another bump.” And much more.

Salacious stories about drug kingpins, outlaws, renegades and mafia gangsters have a unique way of tapping into our rebellious nature, creating the opportunity for one to live vicariously through the antihero exploits. Crime stories are exactly why gangsters and killers are good for business within the entertainment realm, from books to TV, documentaries and movies.

This is why Farzad’s book Hotel Scarface is an outstanding true crime drama, very exciting and titillating to the very end. I recommend this book. And I give it five out of five stars. Go get it.