“Elected six times to the House from the state of Georgia, Cynthia McKinney cut a trail through Congressional deceit like a hot ember through ash. She discovered legislators who passed laws without reading them… [and] black-skinned individuals shilling for the white status quo.

She excoriated government lassitude over Hurricane Katrina… [and] held the only critical Congressional briefing on 9/11… She read truth into the Congressional Record, held town hall and hearings, led protests, showed up while others played along to get along…

This is the Cynthia McKinney saga as it stands to date-what she saw, what she learned, and how she fought for change.”

-Excerpted from the book jacket

Former Congresswoman Cynthia McKinney is a fearless firebrand who always seemed to be sitting in the middle of controversy, both during her tenure in the House of Representatives, and since. Whether it’s questioning the legitimacy of the 2000 Presidential Election, suggesting that the U.S. had advance knowledge of the 9/11 terror attack, punching a Capitol police officer who asked to see her I.D., blaming a failed reelection bid on the Israel lobby, insinuating that there might be more to the murder of gangsta’ rapper Tupac Shakur than an East-Coast-West Coast turf battle, running for the Presidency against Barack Obama in 2008 as the Green Party candidate, being aboard a boat torpedoed by Israel as it tried to run a blockade of Gaza or, most recently, intimating that the Boston Marathon bombings might have been an inside job on the part of the local police, she’s never been one afraid to speak her mind. 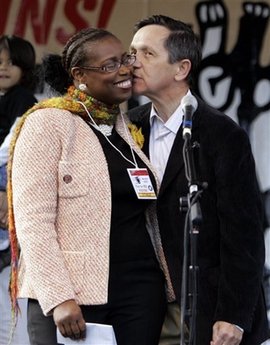 Dismissed by some, present company included, as simply too nutty to take seriously, Cynthia has languished lately at the lunatic fringe of American politics. Frankly, I’d long since written her off as a hopelessly-paranoid conspiracy theorist in the wake of her staff’s treatment of an innocuous journalist like me as suspicious when I innocently asked for an interview.

Here, the marginalized iconoclast makes a decent attempt at resurrecting her terribly-tarnished image with this self-serving autobiography, Ain’t Nothing Like Freedom. The book doesn’t touch much on her personal life beyond several sincere expressions of affection for her parents and son, Coy. 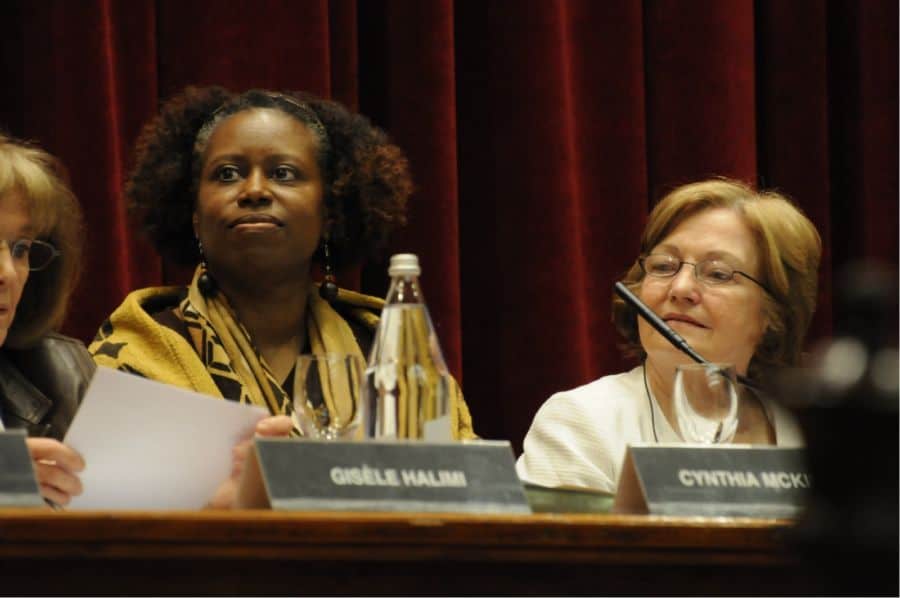 Instead, the author focuses squarely on her checkered career, conveniently putting a positive spin on many of its dubious and debatable highlights. For example, in a 20-page chapter on her presidential campaign, not once does she mention the fact that she rubbed a lot of people the wrong way by potentially spoiling Obama’s historic bid, the same way that 3 rd party candidate Ralph Nader had done to Gore in 2000.

Basically, McKinney paints herself as a woman of the people and a tireless advocate of such causes as Hurricane Katrina victims, reparations for African-Americans, and the preservation of the planet. Along the way, she repeatedly indicts her fellow black politicians as sellouts, including the President, predicting that folks will tire of his speeches and symbolic gestures if they remain “unattached to real gains and material change in the community’s conditions.”

Among her advocates is anti-war activist Cindy Sheehan, who asserts that Cynthia was more deserving of the Nobel Peace Prize than just-elected President Obama. McKinney, wacky or wise? You be the judge.

A classic case of revisionist history walking a fine line between inspired and insanity.

To order a copy of Ain’t Nothing Like Freedom, visit Amazon