Los Angeles, CA (rushprnews) – When was the last time you watched a feature film or played an Internet game and came out of the experience with a cash prize and a movie role?

Never – is the answer!

The Underground Bounty Hunter is offering you that excitement, the opportunity to experience first-hand a live adventure; what has been coined a “CinemaVenture” by Darryl J. Quarles from Cash Only Production. Quarles, who has brought to the screen such mega hits as Big Momma’s House Part 1 and II and others (see IMDB listing) has now expanded the creative genius to release an entertainment art form and a gaming adventure unlike others with prizes from $100,000 up to one million and others. 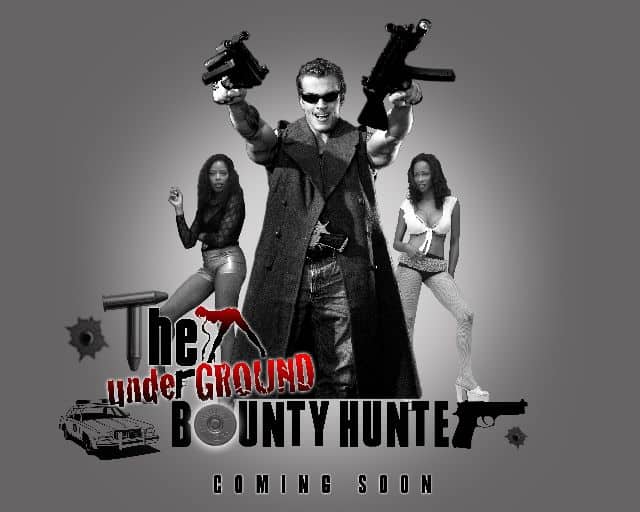 “We thought about our concept and decided that in addition to offering Cash Prizes, cars and others items, we could do more,” explained Quarles, “In order to make the experience even more interactive than initially conceived, offering a movie role in the next segment to the winning participant would really make the adventure complete. Moreover, for many it would mean seeing a dream come true. Instant fame and wealth.” 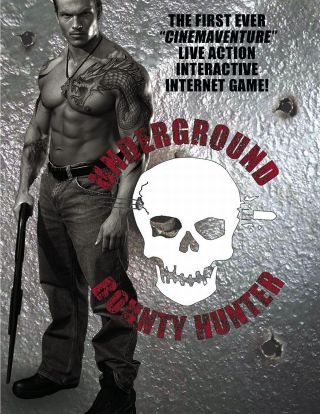 The participant determines when signing on to play the game, whether he wants to hunt a wanted-villain for a bounty ranging from $100,000 up to $1,000,000, with the understanding that he has to beat the competition and be the first to catch the villain to get the bounty money. Participants will at times be required to search for clues on location, making the hunt that much more thrilling and challenging. The winning participant will not only have the satisfaction of beating others by using their smarts but also will have the contentment of seeing themselves on the screen and experience fame and recognition.

Again, Quarles explains, “Underground Bounty Hunter is not a videogame as traditionally understood. It is a feature Film with real actors and sets where the viewers are active participants, at times having to go “on location” to solve clues, and affecting the outcome of the story.”

To win Big Money, the player identified as an Underground Bounty Hunter simply requires an Internet connection, to be over 18, to pay the membership fee and to agree to the rules of the game.”

Listen to the radio interview of Darryl Quarles and Judyth Piazza