Renewable energy is one crucial area in the collective effort to solve climate change. It can reduce carbon dioxide emissions by 70 percent if adopted at a wide scale by 2050.

Solar energy has been one of the more promising of these energy sources, and for good reason. The sun serves as a clean and abundant source. Also, the developments in photovoltaic (PV) technology have made solar the more feasible option for commercial and residential applications and use in remote locations compared to other sources like wind and hydroelectric.

However, even with these advancements, solar energy is still arguably far from achieving mainstream adoption, especially at large-scale or utility-scale generation. Other sources like geothermal and hydro-electric are, by default, utility-scale considering the massive infrastructure needed to make them work.

Many solar industry players have tried solving this problem by focusing on driving the affordability of solar hardware. While this improved the technology’s profile at the consumer-level, it also drew attention away from utility-scale solar.

This is why PVcase appears to have an unconventional approach in its entry in the market. While most companies look to hold on to their innovations, PVcase is making its solar park design solution available to other players in the space. These are the kinds of moves that arguably could have a positive impact on solar’s further growth, especially at utility-scale. 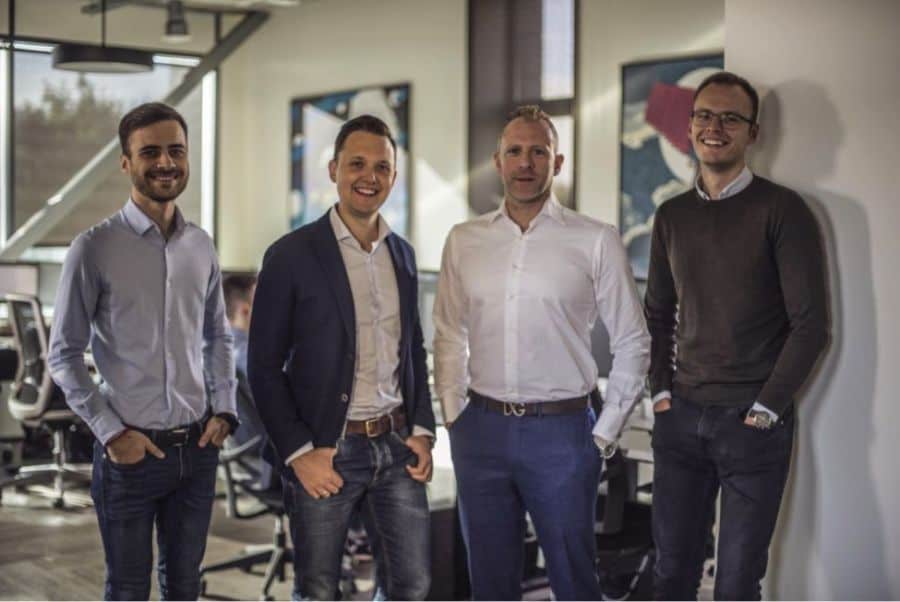 The solar industry has steadily grown over the past two decades, spurred on by the growing support for renewable energy. Solar now contributes over 500 gigawatts (GW) to global electricity generation capacity and is expected to increase in the near future. But there is so much room for further growth. Solar still only accounts for 1.6 percent of electricity generation in the US compared to fossil fuel, which is responsible for 63.5 percent.

Many solar ventures tried to solve this by making PV panels affordable and push solar at the consumer level. Unfortunately, this focus on delivering cheap panels triggered a price war that saw many players, particularly those based in Europe and the US, succumbed to competition. China-based manufacturers ultimate came out on top.

Solar’s adoption hinges on how well local players can actively serve their respective markets. There may be an abundance of cheap panels in the world market, but engineers and installers must be able to make them functional and usable. It requires a healthy ecosystem of solar players for the technology to become truly accessible more territories.

A critical aspect of this is to push for utility-scale adoption. Consumers are still quite wary of pursuing solar installations by themselves. If it’s possible for grids to be supplied by solar parks and power stations, all users have to do is to avail of electricity generated from these facilities.

Ventures like PVcase seek to fill this gap by complementing developments in PV technology with solutions that target the needs of engineers. PVcase offers a CAD software plugin for the design of efficient solar parks.

The plugin allows engineers to accurately analyze topography and modeling systems in 3D. It also automates processes and speeds up the completion of tasks like stringing and device placement that would otherwise take thirty times as long using conventional methods. This frees up engineers so that they can allocate more time in other design tasks and project requirements such as compiling detailed bill-of-materials and other analyses.

But what makes PVcase’s approach unique is that this plugin was originally built as an internal tool for DETRA Solar, a solar engineering and consulting firm. In its ten years in the industry, DETRA has been responsible for designing projects that now contribute over 10 GW in generation capacity worldwide. Instead of keeping PVcase to itself, its founders decided to spin it off as a design solution.

CEO David Trainavicius shares, “Solar has so much potential to deliver clean and affordable energy to people across the globe. However, designing utility-scale facilities has remained to be quite the challenge for engineers. What we came up in DETRA Solar has proven to be an invaluable tool in making our design work not only faster but better. Rather than keep it to ourselves, we felt that we will be doing everyone more good by letting others use it. Thus, PVcase was born.”

The company hopes that its solution would contribute to a resurgence of utility-scale solar by addressing engineering and design needs. The team is also already working on future functionalities such as yield assessment and collaboration.

Solutions like PVcase help in establishing the much-needed ecosystem to deliver solar energy to the masses. New tools that empower implementers would greatly complement all the other innovations in PV cells. All these developments could be incorporated into the design of utility-scale facilities.

The combination of better hardware, engineering, and design would only improve solar’s viability as an energy source. Having solar energy be made available through larger and more efficient facilities compared to individual installations could even help quash the notion that solar is still expensive to produce.

Once the public finally appreciates and realizes this, solar may finally enjoy the mainstream acceptance that it deserves.