2 separate incidents, 2 different days, but in the same mall, 1 person loses a finger, 2 loses their jobs, all because of shoplifters…

The 1st incident happened last week. Bill Jordan, a 59-year-old from Aurora, Colorado had picked up an iPad from the Apple Store in the Cherry Creek Mall in Denver, Colorado for a co worker. Jordan tied the bag around his wrist. When he left the Apple store, video footage showed that he was followed 2 young men. Just before entering the parking garage, the 2 men started violently tugging on the bag with the iPad inside. The thief pulled the flesh and tendons off of Jordan pinkie. A doctor has told Jordan that part of his finger would have to be amputated. Jordan had a message for the thieves. He told CBS4 in Denver “I hope you understand what you’ve done to my life and my family’s life for a simple piece of apparatus that’ll be junk in a couple of years.” 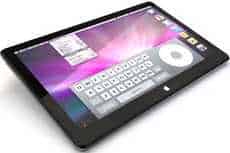 What do these 2 brave men get for their heroic actions? Fired! Sprint has a rule about employees not intervening in shoplifting that the 2 former employees were not aware of, but they are now.

The Apple store was grateful for their actions though. Shoemaker told the Denver Westword: “The lady at the Apple Store was so thankful. And she told me, ‘We’ve been sending you business over the last week,’ because a drive that Sprint supports works really well with their iPad. They were telling people to come over and get it from us.”

The 2 men have created a Facebook Page, but not to bash Sprint or for revenge. McGhee wrote: “I want to tell everybody out there that we do not want you to hate Sprint and their service, we want people to continue to be Good Samaritans and look out for each other.” They have over 1000 followers.

Alright, if I was a marketing rep for Sprint, I would use this heroic act to try to bring more customers in my doors. This Sprint store could start advertising that their employees care about all people, even if you aren’t their customer. There are plenty of slogans or marketing campaigns that come to mind that Sprint could use to bring people in their doors. Heck even the Apple store was sending people to them.

Yes, Sprint had a company policy about a rule about employees not intervening in shoplifting. And they do need to enforce company policies, but not to that extreme in my opinion. They could have given them a verbal or even a written warning. Firing someone over this is ridiculous, UNLESS Sprint is afraid that the shoplifter will try to sue if he got hurt or something by the 2 employees. Also I still don’t understand how Sprint can fire them legally. They were not on Sprints premises. They were on break, so technically not on Sprints time. I would consult a lawyer myself if I were these 2 guys, but they seem more civil than me I guess. I hope they find work soon. It’s rough not having a job nowadays. Good luck Paul and Mike!