NewsBlaze News
Home Business Technology Coming Soon to a 7-Eleven Near You: Farmville!

Starting June 1st, for 6 weeks 7-Eleven will offer exclusive virtual gifts for FarmVille, Mafia Wars, and YoVille. With this promotion customers will be able to go to 7-Eleven and buy 1 of the specially marked products that will have a redemption code that can be used for new limited-edition virtual goods in 1 of the 3 games.

While I am not a fan of these games because people become addicted too easily (see my article on FarmVille Addiction for more on that), this is ingenious on both 7-11’s and Zygna’s parts. There are over 239 million active users that play these 3 games. People spend hours playing these games that are integrated with Facebook, and the serious players spend their own real money to purchase “virtual” items. So just imagine if there is a local store they can go to and buy real items that will give them virtual items in their favorite Zynga game. 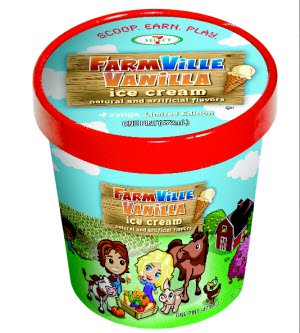 7-Eleven has almost 7,000 stores. This promotion will bring people in their doors that have never been in a 7-Eleven specially to purchase these items. Also for people that has never played a Zynga game but visit a 7-Eleven a few times a week to fill up their gas tanks or to go get a Big Gulp will have FarmVille, Mafia Wars, and YoVille thrown in the faces; and I’m sure some will try one of them. It’s a win-win situation for both companies.