The proliferation of ransomware is a real digital threat to small and large businesses alike. If a person’s device becomes infected, their data is usually encrypted and held in that state until they pay the demanded ransom to have it unlocked. The threat usually comes with a required deadline and can lead to panic, especially if they don’t have a recent cloud backup of their company’s files.

No company is immune to the threat of cyber attacks because malicious files can be deployed in the most innocent of ways. An employee may open an email from someone who seems to be her sister, with an urgent and concerning message that plays on her emotions. Or someone from accounts payable might receive an email that demands payment for an overdue bill and opens an attachment that looks like an invoice. In this environment, it helps if business owners and employees are educated about the kinds of ransomware they might encounter. 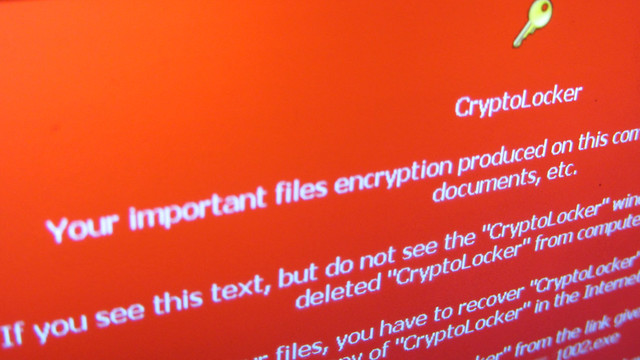 Crypto ransomware is a generic term for the type of file that silently invades and encrypts important files on a user’s computer. The user might not even know it’s happening in the background until they get a notification that certain files have been restricted until they make a payment, usually in the form of Bitcoin so it’s untraceable by law enforcement. If the user doesn’t make the payment within a certain timeframe, access to the files is lost forever.

Whereas Crypto only restricts access to a certain number of files, Locker ransomware is a type that shuts the user out of their device completely, usually leaving them only the ability to communicate with the attacker to pay the ransom.

Some recent, large-scale attacks were given names individuals might encounter as they listen to the latest cybersecurity news.

WannaCry refers to a recent wave of cyber attacks that took advantage of a vulnerability in Microsoft and Android operating systems. It’s the most pervasive ransomware across the globe. Though Microsoft had identified the problem and released a patch, some people hadn’t installed it, so hundreds of thousands of users were affected.

Cerber mostly went after cloud-based Microsoft Office 365 users through an elaborate phishing scheme that affected millions of users. It shows that even cloud-based applications aren’t immune to the dangers of ransomware.

CryLocker preys upon the user’s emotions by locating sensitive personal information on their computers, such as full names, birthdays, location, Facebook information, and IP address. It uses this information to threaten the user and make them feel especially vulnerable and willing to pay the ransom.

Once a person is familiar with the real and present danger of ransomware, their company can be proactive about limiting harmful results. By educating management and other employees, the company has taken the first step in fighting cyber threats. Give the staff additional peace of mind by backing up the company’s valuable data in the cloud and adding extra security with cutting-edge software solutions. Trust security professionals to monitor their company’s email and guard against threats appearing in the first place.