Lawmakers in California announced the nations’ most stringent net protection law on September 1, 2018. If Gov. Jerry Brown signs the bill, the new law will result in a legal brawl with federal regulators who revised and annulled the Obama-era broadband net neutrality rules of this year.

According to the proposal promoted by a Democrat from San Francisco – named Sen. Scott Wiener – Internet service providers (ISPs) would not be able to block particular websites or charge higher fees. The legislation comes with restrictions on specific kinds of data plans and deals.

Other than California, almost three dozen additional states are analyzing whether or not to keep net neutrality acts in place. The subject of net neutrality came into the spotlight after the Federal Communications Commission (FCC) annulled the rules last year. California would be the 4th state to pass new rulings.

“In California, we can lead the effort to clean up this mess and implement comprehensive, thorough broadband protections that put California Internet users and consumers first,” stated by Sen. Scott Wiener who supports the bill.

It’s a hot-button issue in the state – whether broadband providers could be allowed to block or slow down selective sites. Some states are considering enacting new rules which would prevent broadband carriers from throttling websites and blocking content on the end user. However, enacting new laws will likely result in laws being challenged by opponents who support the decisions of the government.

Last week, net neutrality came into the spotlight after Verizon reportedly decreased the speed of the wireless data supplied to Santa Clara County’s Fire department. Verizon called it an error in the company’s customer service department. 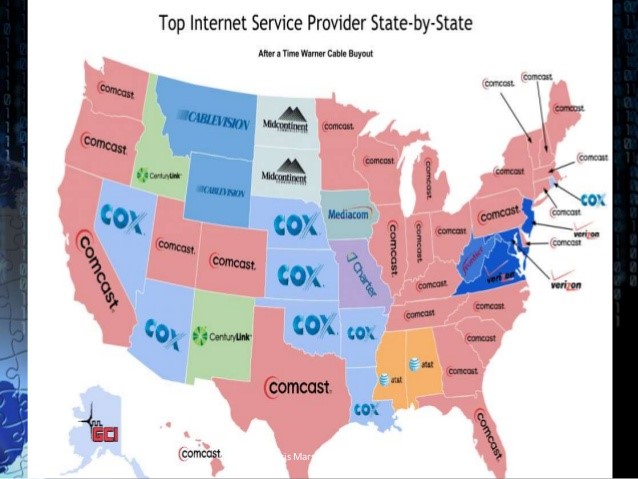 Just like other ISPs, Charter Spectrum claims the speed of broadband will increase dramatically after the death of the net neutrality act. Well-known ISPs in the USA, such as Comcast, AT&T, Verizon, and Charter internet, have also proclaimed that the end of the rules would be a great benefit for U.S. broadband users. Spectrum claims that the blocking of certain websites for consumer protection is essential to protect users. Spectrum claims that the net neutrality rules previously imposed by the FCC decreased investment opportunities in the telecom industry, slowing the industry’s growth.

“Without the regulatory overhang of these rules, however, businesses like ours will have the certainty they need to make infrastructure investments over the long-term, helping more people get online and enabling even faster broadband. That includes bringing high-speed broadband to more hard to serve areas, including rural communities,” claims Charter.

On the other hand, the executives of Spectrum internet service, which provides Charter internet packages all across the U.S, have stated on record that the rules had utterly no significant effect on the overall service production and outcome: “Title II, it didn’t hurt us; it hasn’t hurt us,” Spectrum CEO Tom Rutledge said at an investor event in December 2016, according to a report by advocacy group Free Press. Publicly traded companies like Spectrum are required to give investors accurate financial information, including a description of risk factors involved in investing in the company.”

Tons of telecom company CEOs have publicly denied the claims that net neutrality hurt investment. They openly claim that “net neutrality hurt broadband investment,” but the claim virtually has no basis at all. That’s something that can be proven easily after reviewing yearly earnings reports. The data is pretty clear. It’s registered clearly in the analysis of consumer groups that Spectrum telecom industry’s overall CAPEX increased significantly during the FCC’s legalization of net neutrality in 2015.

“Charter’s capital investments went up 15 percent after the FCC’s Open Internet vote (when we include the pre-merger investments made by Charter, Time Warner Cable and Bright House Networks). And not only are Charter’s investments up, but they’re also 12 percent higher than the estimates Spectrum gave to investors before closing that merger.”

Spectrum, however, stresses that:

“Charter’s commitment to our customers is our top priority. We urge Congress to pass new legislation that preserves an open internet and ensures a regulatory framework made for the 21st century, so we can continue to improve and invest in our networks and provide more people access to a fast, reliable and open internet.”

ISPs are concerned about losing the case of net neutrality in court. Dozens of states are approving state-level internet laws. According to a survey, almost 86% of US citizens supported the law, in 2015. Another study registered nearly 997 voters in favor of the law enactment. Another similar survey took place in 2017, and the number of Republicans who voted for the law was increased to 82 %. In previous years, the number of Republicans in favor of this law was around 70%.

A massive American population demands that the net neutrality laws be put back in place, preventing the ban of websites and the free use of data online. The citizens wish “the Internet to work the way it’s always worked,” as stated by Phillip Berenbroick.

America’s trade group, comprised of Verizon and AT&T, intended to sue the measure enacted on Net-neutrality taken by the states such as California, Washington, and others. The first thing to do is “to avoid a piecemeal, patchwork approach to the future of our internet,” states the chief executive and CEO of the telecom group.

Those in favor of the net-neutrality demand a law which restricts ISPs from limiting online content for consumers. They also want low-cost, high connectivity for the fast broadband.

“Nobody wants to have broadband providers to have unfettered control, but when it’s spun as governmental overreach, all of a sudden people start viewing it differently,” stated by Marc Martin, an advocate in the communications practice.

7 Ways to Make Blogging Into a Real Career

Use of Printable Templates and Calendars Is Rising rapidly

Ecommerce Can Still Be Profitable: Here is How

Sneaky SEO Spam – Cost to a Business & How to Stop It