The Social Media Site (SMR) is fast becoming the vehicle for writers and users of social media sites. Sites such as Twitter, DIGG, Mixx, technorati, and others are spreading newsworthy content. You may know the SMR by other names including, social media press release, new media release, and erelease. The SMR is a tool that is most effective if used along with company blog posts, traditional Press Releases (PRs) and an online newswire. 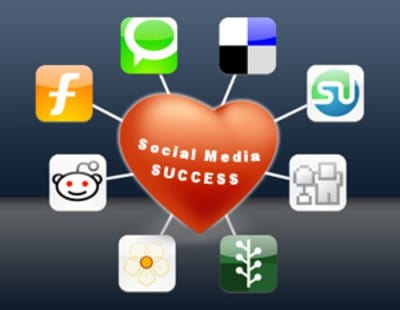 The SMR tells a story using SEO techniques to reach the intended audience. SMRs are not just pretty conversational announcements they have a real mission. Not only should social media releases inform, they should ignite the spread of the story being told to multimedia by being shared, bookmarked, and by spreading the content through various social media outlets such as Twitter and Mixx. A traditional press release reveals something new in a “pitch.” It announces to the public items of interest such as a new product, service, the opening of a new office, a new partnership, or other type of commercial activity. SMRs are more of a “buzz word” starter. SMRs can incorporate many different forms and varieties of content and use many social tools in the process of telling the story. The purpose of SMR is to share information with readers that are relevant, readily understandable and easy to share. Using bookmarks, images, links, tags, text, and video, allows readers to interact both directly and indirectly.

The first social media press release template was a product of Shift Communications. Their version 1.0 came out in 2006. Under a catchy headline and subhead, the release provides core news facts in an easy to read bulleted format. Links, RSS feeds, photos, MP3 files, podcast links and graphics (often logos) round out the coverage. Pre-approved quotes from analysts, corporate executives, customers or partners can be added, along with links to a cross posting of relevant media coverage. A RSS feed found at the end of the release allows easy access to the client’s news releases and other related social media sites. The latest version 1.5 introduces aggregated engagement and contextual clicks into the format. These two new features allow the reader to truly ‘sphere this’ by creating one central gathering place for all the news about a product or event.

PR firms use social media press releases to make announcements of noteworthy status. Media services like Mixx, Facebook and Twitter then spread the content of these releases, but the distribution of SMRs is handled by newswire services such as RushPRnews,Businesswire, Marketwire and others.

RushPRnews, a leader in PR 2.0 and SEO writing, excels in the transmission and the publication of breaking news online and Google News,and to social media and bookmarkingsites where it plays an active role with its established network.

Was the birth of social media release necessary? The tone and mood of social media sites are conversational, engaging its readers in a dialogue. Keeping this reality in mind, SMRs were created to facilitate this process by making good use of the latest Internet tools. Thereby this gives your company increased promotion.

Brand Awareness With Pay Per Click For New Companies

These Types Of Businesses Need An Online Presence During These Times

Crisis Sparks Innovation – How 2020 Shaped Creativity in the Marketing Industry

Customer Experience Is Getting a Second Look From B2B’s

Email Marketing Trends to Get More Sales in 2020

What Marketers Need to Know About the Real Customer Cycle