NewsBlaze News
Home Business Legal Why is The ‘barefoot Bandit’ Such a Big Folk Hero, Anyway?

So Colton Harris-Moore has 56,000 friends on Facebook. That’s impressive! But why do so many people (both young and old) worship him as a modern day, internet geek of a Billy The Kid? That’s not so easy to answer and some of what I will say to you may not bode so well for your fallacious notion that mankind is intrinsically virtuous.

The only way that people can feel good about themselves, is to see a rebel without a cause messing up big time. When people see on the news that Colton just stole another plane, they say hurrah to themselves, but may utter to their wife how bad that little brat is. They’re being a Two-Face Janus, and totally digging it while relaxing like a slob on the family sofa.

Another thing is the Barefoot Bandit is beaucoup Smartsville. He taught himself how to fly just by doing a Google search on his laptop. I might add, while on the lam no less. Colton has that American ingenuity and drive to make things happen. Mr. Harris-Moore would have made a great spy back in the days of The Cold War and the Gary Powell U2 episode. 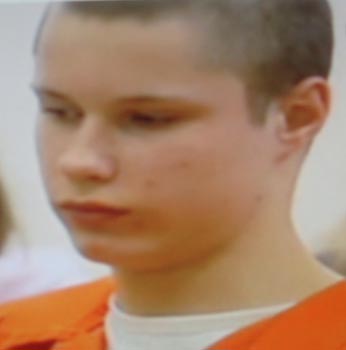 Furthermore, the BB taps into our moribund reservoirs of Romanticism. Think Robin Hood, Billy The Kid, or even Bonnie and Clyde. Yea, it could be fictional or non-fictional, violent or non-violent, it doesn’t matter much. Note that one of his deeds was a good one. He left cash at a veterinary clinic and earmarked its use to help the animals.

And look how romantic his demise turned out to be. He chose the Bahamas to button up his entire two-year crime spree. The first thing I thought of was Cary Grant in To Catch A Thief. Colton was seen running down a dock with a gun in one hand and a knapsack over his shoulder. I imagined this knapsack to be brimmed with the shiny jewelry of the rich, such as The Cat Burglar’s haul in the Hitchcock ’50s thriller.

Then there’s the issue of the social media and the ton of friends on Facebook. Over the past two years he’s gotten bolder and bolder as he gets more popular on the internet. At the same time he would plan his crimes around what he observed the law doing in the way of investigating him. His final major caper, the stealing of the Cessna 400 Corvalis in Indiana, was an epitome of his feedback with Facebook. FB was his mirror!

Colton Harris-Moore is a geeky thrill-seeker whose ego has been fed in a humongous big way by everyday people encouraging him, really egging him on to entertain us on the internet. In actuality he’s a very troubled young man, actually a sick little punk of a criminal. But he brings out the dark side of people, whose lives are oh so boring and need kicks and adrenaline thrills to recharge their dormant batteries.

Humans are really black sheep in fluffy lambs’ gear. They want to appear good on the exterior, but encourage others to be bad, to satisfy some veiled maliciousness under their skin. When I was a kid I would often fantasize about being the next Ronnie Biggs, who pulled off the Great Train Robbery Heist of 1963. Biggs was a hero of many a youth for pulling off the perfect crime of the century (20th). The Barefoot Bandit is our present day version of Ronnie Biggs. But maybe he’ll run into Lindsay behind bars?