After Two Robberies, and One Burglary, Pharmacist Catches Crook

To say the owner of Folsom Medical Pharmacy was frustrated would be an understatement. In January, a masked man with a black semi-automatic pistol held employees at bay while robbing the business of the powerful narcotic Norco.

In February, the same masked gunman showed up and robbed the business again for more of the addictive narcotic. Shortly after the robbery, the owner ordered a sophisticated camera system, but the day before it was installed, someone tried to tear the back door off of his business. The police were investigating the few leads available to them. 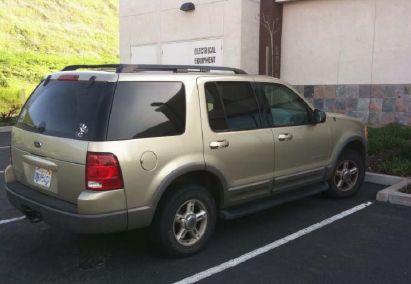 Fast forward to today (March 16th) at 0903 this morning, the pharmacist arrived at work and observed a suspicious character sitting in front of a business a few doors away.

After a couple of passes by the pharmacist, he was sure it was the thief responsible for the two prior robberies. The pharmacist called the Folsom Police Department, units responded, and the man indeed had a black semi-automatic style BB gun and a gray ski mask concealed in his clothing. The suspect’s vehicle was parked in a position advantageous to the escape routes used by the suspect in the previous two robberies. 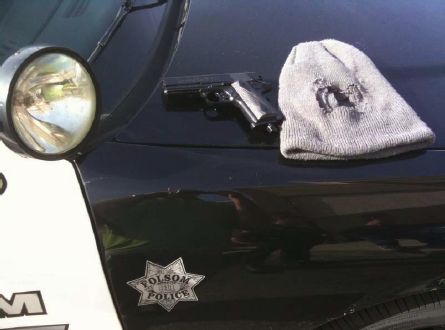 Folsom patrol officers arrested Jason Clark Hilburn, 37, of Folsom. Hilburn possessed a BB gun replica of a .45 caliber pistol, a gravity knife, and a gray ski mask. He was booked into the Sacramento County Jail for two counts of Robbery, one count of Attempted Robbery, and one count of possession of an illegal knife.

This investigation is ongoing with other jurisdictions; therefore, no photos of Clark will be released at this time.

If you have any information regarding this investigation you can contact the Criminal Investigations Bureau at (916) 585-4110 or WeTip at (800) 78-CRIME.