The NRA had one simple job. It didn’t have any obstacles in its way. The Florida Supreme Court had cleared the path for the NRA to stroll across the end zone to victory.

On Wednesday, June 8, 2016 the Florida Supreme Court will hear oral arguments in an appeal of a conviction for violating Florida’s 1987 ban on openly carrying firearms in public (known as “Open Carry”) – The case is Dale Lee Norman vs. State of Florida.

The NRA asked the Florida Supreme Court to participate in the case as an “Amicus” (Friend of the Court) in support of Mr. Norman which, if you know anything about the NRA’s longstanding opposition to the Second Amendment Open Carry right, was met with great skepticism.

The Florida Supreme Court told the NRA that it wasn’t going to allow it to participate in oral arguments but it gave the NRA permission to file a legal brief in support of Mr. Norman.

When I first saw the NRA’s request to enter the case as an Amicus on the Florida Supreme Court docket, I emailed the NRA asking, rhetorically, if they had come to defend the Second Amendment or to bury it?

NRA, The Amicus Who Is Not Your Friend

The NRA did not reply to my email but it did file its Amicus brief, purportedly in support of Dale Norman and his challenge to Florida’s 1987 ban on Open Carry.

The brief filed by the NRA is 20 legal pages long which equates to 7 or 8 pages in real life. One would think that somewhere in that 20 pages, the NRA would have cited the US Supreme Court decision in District of Columbia v. Heller (2008) which said that Open Carry perfectly captures the meaning of the individual Second Amendment right to keep and bear arms.

That 9th Circuit decision was vacated before the ink had a chance to dry on the decision but be that as it may, that was the basis for the incorrect decision in the inferior Florida appellate court and now the Florida Supreme Court is going to have its say.

Given this rare opportunity to defend the Second Amendment Open Carry right, the one thing the Florida Supreme Court granted the NRA permission to do, the NRA instead filed a 20 page wishy-washy brief reminiscent of the song and dance routine by the late actor Charles Durning in the 1982 movie “The Best Little Whorehouse in Texas” which had many words and said nothing.

An important difference between the two is that one is a movie and the other is a final appeal before the Florida Supreme Court in a case which will have national ramifications in the Second Amendment fight.

Let us not forget one of the reasons the NRA filed this brief. Nearly two years ago, the NRA published an alert condemning Open Carry and calling people who openly carry firearms for the purpose of self-defense “weirdos.”

The backlash against the NRA was both immediate and enormous. The NRA quickly changed its tune and published a video retraction falsely claiming that it has only been in the forefront of the fight for Open Carry.

That is like John Wilkes Booth saying that he had always had Abraham Lincoln’s back after shooting him in the back of the head at Ford’s theatre. 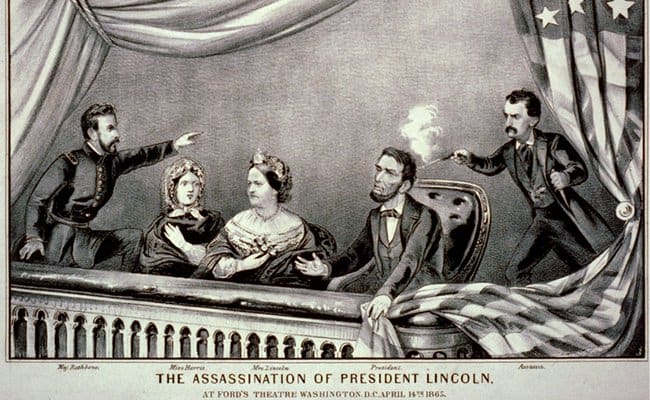 But we live in the age of Kool-Aid drinkers. An age of people who believe in absurd things, the more absurd the better. Now the NRA can claim to have defended Open Carry and the NRA Kool-Aid drinkers will believe it without question.

The NRA Amicus brief, such that it is, can be found at my website under the Norman v. State tab.

The first paragraph at the top of page two of the NRA Amicus Brief in Norman v. State highlights the hubris of the NRA. The NRA touts the fact that it filed a brief in District of Columbia v. Heller while neglecting to mention that the NRA opposed that Second Amendment case and the lawyer who argued against the US Supreme Court ruling in favor of the Second Amendment, Paul Clement, is now the NRA’s top lawyer in the aforementioned Peruta v. San Diego concealed carry case, the case from the 9th Circuit which claims that states can ban Open Carry in favor of concealed carry.

Nowhere in the brief does the NRA say that the Heller decision explicitly said that Open Carry is the right guaranteed by the Second Amendment and that SCOTUS has said on more than one occasion that concealed carry is not a right and therefore can be prohibited.

The Florida court of appeals held that Open Carry can be banned in favor of concealed carry, citing the now vacated Peruta decision.

The NRA brief does not even mention the now vacated Peruta decision, let alone that the decision has been vacated.

This was supposed to be a legal brief. It certainly has a Table of Authorities but the citations to those authorities in the brief were supposed to make the case that Florida’s Open Carry ban violates the Second Amendment. For example, the brief should have provided the following citations but did not:

“In Nunn v. State, 1 Ga. 243, 251 (1846), the Georgia Supreme Court construed the Second Amendment as protecting the “natural right of self-defence” and therefore struck down a ban on carrying pistols openly. Its opinion perfectly captured the way in which the operative clause of the Second Amendment furthers the purpose announced in the prefatory clause, in continuity with the English right…Likewise, in State v. Chandler, 5 La. Ann. 489, 490 (1850), the Louisiana Supreme Court held that citizens had a right to carry arms openly: “This is the right guaranteed by the Constitution of the United States, and which is calculated to incite men to a manly and noble defence of themselves, if necessary, and of their country, without any tendency to secret advantages and unmanly assassinations.”” – District of Columbia v. Heller, 128 S. Ct. 2783 (2008) at 2809.

“Like most rights, the right secured by the Second Amendment is not unlimited. From Blackstone through the 19th-century cases, commentators and courts routinely explained that the right was not a right to keep and carry any weapon whatsoever in any manner whatsoever and for whatever purpose. See, e.g., Sheldon, in 5 Blume 346; Rawle 123; Pomeroy 152-153; Abbott 333. For example, the majority of the 19th-century courts to consider the question held that prohibitions on carrying concealed weapons were lawful under the Second Amendment or state analogues. See, e.g., State v. Chandler, 5 La. Ann., at 489-490; Nunn v. State, 1 Ga., at 251…” – District of Columbia v. Heller, 128 S. Ct. 2783 (2008) at 2816 (emphasis added).

“But the majority implicitly, and appropriately, rejects that suggestion by broadly approving a set of laws – prohibitions on concealed weapons…” – Heller dissent at 2851

“We therefore hold that the Due Process Clause of the Fourteenth Amendment incorporates the Second Amendment right recognized in Heller.” – McDonald v. City of Chicago, Ill., 130 S. Ct. 3020 (2010) at 3050.

Note that SCOTUS applied the Second Amendment right recognized in Heller to all states and local government, which precludes any interpretation that states can ban Open Carry in preference to concealed carry even if you believe that there is a Second Amendment right to concealed carry. You might believe that but the US Supreme Court says there is no such concealed carry right and state courts are bound by the decisions of the US Supreme Court when interpreting Federal law. Which is something the NRA lawyers failed to learn in law school.